On 24.08.2017, we were finally to set off. Since Nicolas’ journey was short and uncomplicated, I’d rather describe my own: Before I could even leave the house, I received an email from Korean Air that our flight would be taking off a few hours later in Frankfurt due to problems in Seoul. So I briefly informed Nicolas and immediately made my way to Hamburg-Harburg station. The IC to Cologne was on time, but the connecting train in Düsseldorf had already been cancelled. Without a constant mobile connection (and only sufficient in the DB stations), I had to find another train. Here, the DB Navigator app wasn’t useful at all, as it could never decide which trains to pick; in the end, however, I took the Sprinter from Amsterdam, which left Düsseldorf only a short time after my scheduled train. All in all, I arrived only 7 minutes later at the airport.

As compensation from Korean Air, we each got a €10 meal voucher for Frankfurt Airport and, as we could not get our connecting flight to Fukuoka, a voucher for 10,000 WON (about €7.50) for the airport in Seoul. We redeemed this voucher at Lotteria, the in-house burger chain of the Lotte Group – the only place at the airport where they had menus for this value. 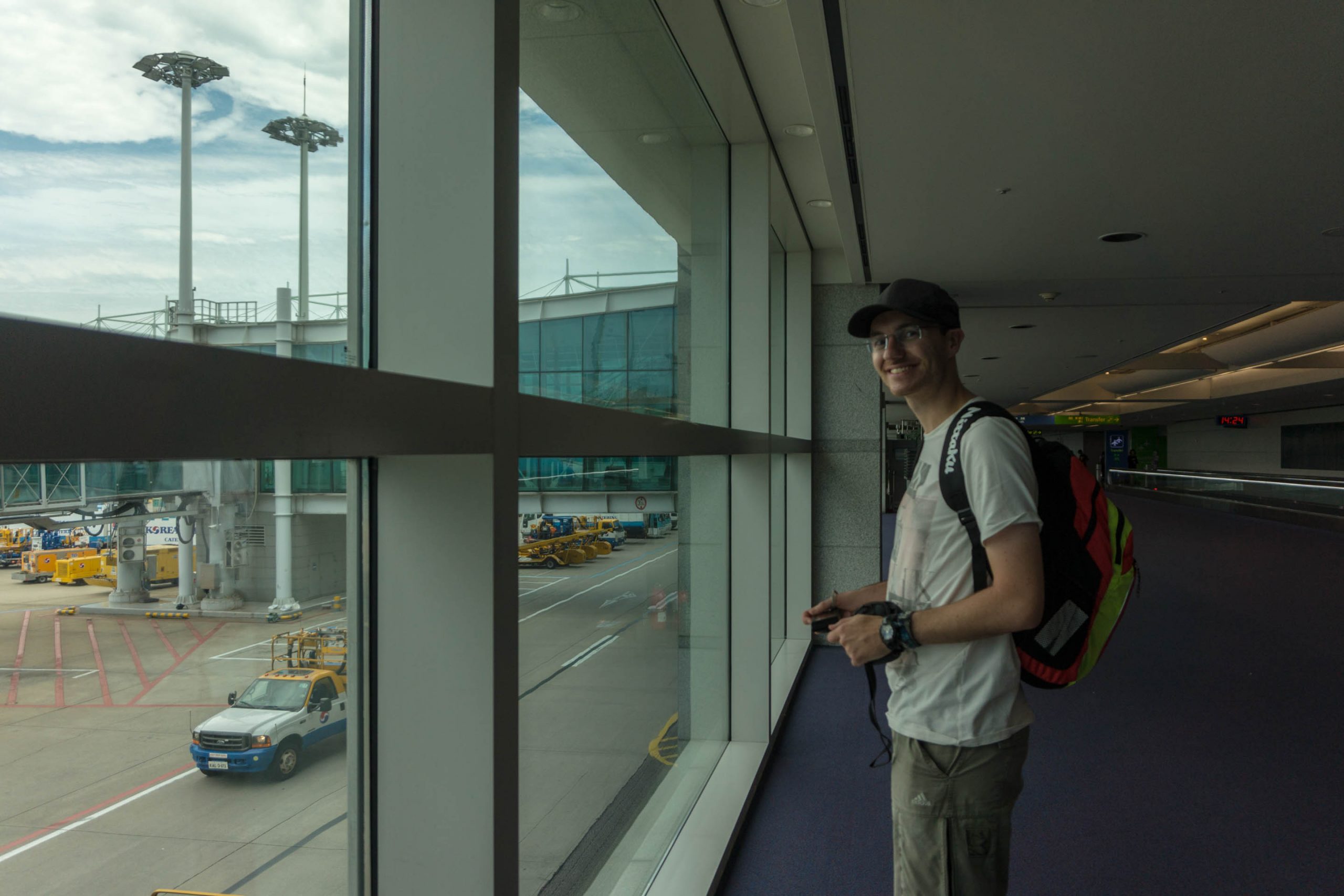 We arrived at Fukuoka airport much later than originally planned. There, we immediately picked up our pocket wifi and withdrew some money at the 7-Eleven. Unfortunately, we kept the large 10000 yen notes for the time being, which turned out to be disadvantageous on the subsequent bus ride to Hakata station, as the exchange machine only accepts notes with a maximum value of 1000 yen and you always pay in the correct denomination. However, a helpful Israeli was able to help us, so that our first bus ride became the most adventurous and at the same time most instructive of the whole tour.

After saying goodbye again at the station, we quickly exchanged our vouchers for JR passes and made our first train reservation of the trip; in true Bullet Train style, we were to travel to Kokura in just 15 minutes, where the Comfort Hotel Kokura was waiting for us.