Early in the morning I set off for Eibenstock in the beautiful Ore Mountains to test the Allwetterbobbahn Eibenstock in the Wurzelrudis Erlebniswelt, consisting of a summer tubing track, small animal enclosures, playgrounds and a larger maze. As the first passenger of the day, shortly before the actual opening of the ride, it was time to head towards the lift hill.

Now, halfway parallel to the new chair lift and the drag lift next door, the Allwetterbobbahn Eibenstock takes you up the mountain. You leave the lift hill in a short left-hand bend, whereupon you increase your speed on a longer straight section. After a wide left-hand bend, you take off a little from your seat on a small drop, followed by a right-hand bend and then a zigzag curve. This course is repeated after a turn. Now three serpentine curves follow before you take off again on another jump. Less imaginative are further hairpin bends, whereupon after a final jump the station is almost reached. 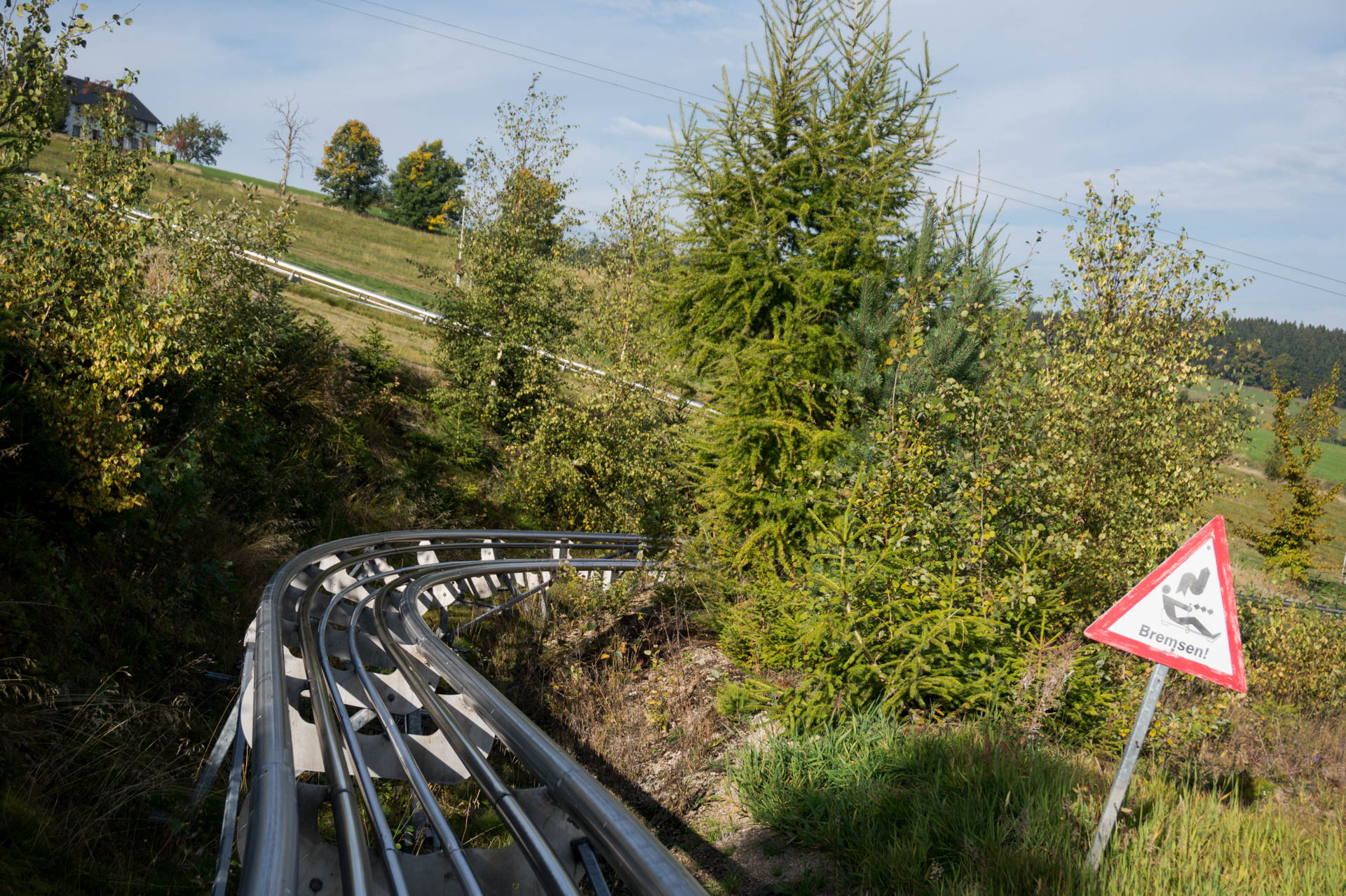 The Allwetterbobbahn Eibenstock is a nice Alpine Coaster ride without a major highlight, but with a great view of the community below. I also found the sleds with their two-point belts relatively comfortable, especially as they made the entry a little easier compared to the conventional bobs with three-point belts.

What is your opinion about the Wiegand Alpine Coaster Allwetterbobbahn Eibenstock?  Just write it in the comment field below the report or visit our social media channels: