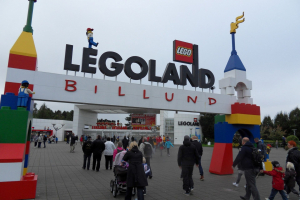 Legoland Billund in Billund is one of the most famous amusement parks in Europe. Like every Legoland, the park managed by Merlin Entertainments Group is characterised by its numerous replicas of national and international buildings in Miniland. In addition, the park offers an exquisite number of roller coasters and other rides, all of which have been brilliantly staged by means of clip-on bricks. Like every children’s room, however, Legoland is a bit chaotic – you stumble straight from theme area to theme area and thus from attraction to attraction.

Fun Fact #1: Legoland Billund is the first Legoland in the world. Since 1968 the park has been entertaining its visitors.

Fun Fact #2: The Merlin Entertainments Group is largely owned by the founding family of the Lego company, so it’s no wonder that more and more Legoland theme parks are being created all over the world. 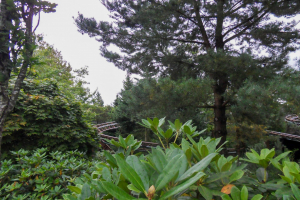 The powered coaster with the dark ride section 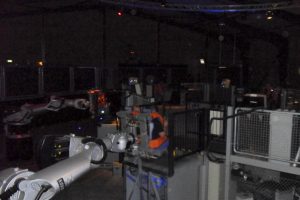 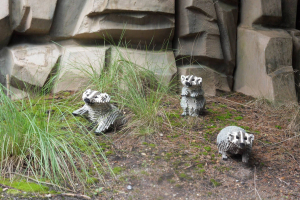 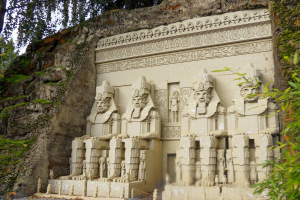 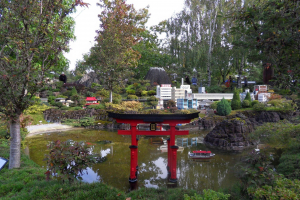 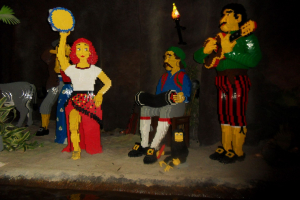 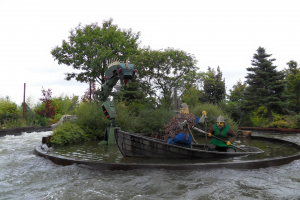 The rapid river with the drop 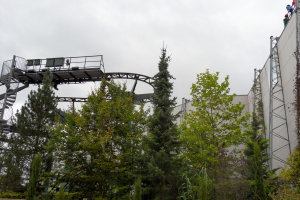 The Wild Mouse with the Noise Barrier 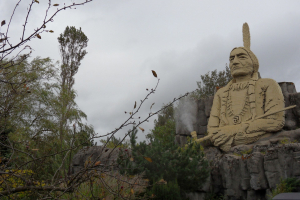 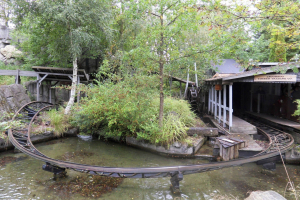 Since my cousin has never been to Legoland before and his parents originally wanted to go there with him, but were unable to drive due to lack of time, I took up the challenge to drive to Billund and back to Hamburg in one day and do some coasters in Denmark at the same time. Driving on the A7 and the E45 is not very difficult, but you have to know your exit and then follow the signs to Billund. The journey by plane would be less complicated, as the airport is located right next to Legoland Billund.

After buying the ticket for my cousin, which was 34€, and showing my Merlin Annual Pass we went straight to the entrance to wait for admission. There were already bigger queues and it took some time to get into the park.

After a short orientation in the park we confiscated the Monorail. The track is comparatively short and unfortunately you can’t see much of the park. At least we could discover our next destination, which found its place here under the park’s own hotel.

The Atlantis by Sea Life is, as in Legoland Deutschland, bloody short and basically not worth mentioning. Also my cousin, who owns an aquarium himself, was not very enthusiastic about it (but he found the giant crab quite impressive). But if you want to go to a Sea Life Centre in an amusement park you should have a look at the one in Chessington World of Adventures.

Mine Train and Lego Canoe

In the following we moved to the western part of the Legoland Billund, which exists since the 70s. This area offers beside the Miniland also the biggest charm. Here you will find, among other things, the impressive theme ride Mine Train, the beautifully designed white water ride Lego Canoe with its life-size and wonderfully staged animals, as well as the first roller coaster of the park, the Timber Ride.

This is a Tivoli Small, built in 1978, which has been highly decorated. The ride is very entertaining, even if the track is very short. For a total of 19 years the Timber Ride was the only roller coaster in the park.

The medieval area of Legoland Billund is also quite small, its only attraction being the Powered Coaster Dragen. Thanks to the dark ride at the beginning, the coaster features a multi-train system, which unfortunately eliminates the fast station passage. Nevertheless, the ride has managed to convince completely, the sudden speed boost with the following helix brings a broad grin to your face and also the rest of the ride is done quickly before you slowly enter the station again.

The third and most recent roller coaster is the extended Wild Mouse X-treme Racers by Mack Rides, which is oddly built with a large concrete wall (even if it was meant to be a noise barrier, the airport makes a lot more noise). Lego has managed to get the best out of the wall and has added some mirrors and figures. The ride on the ride itself is quite nice, but not exhilarating. The classic Wild Mouse layout is much more fun.

For friends of the liquid element of H2O there is a splash battle in the pirate area, as well as a modern rapids river from the company Intamin. Unfortunately there was not enough action at the Splash Battle, so the ride ended dust-dry. There are also very few triggerable effects. The Intamin Rapids Ride Vikings River Splash turned out to be wetter, but abandoned the most common rafting elements and didn’t offer a really wet spot except for the last descent. It is also very predictable in which position you will descend the gradient at the end. The highlight of the ride are the singing stones, which made a quite fitting choice of title with “We will Rock You”.

In this area you will find, besides the above-mentioned attractions, a Kontiki, a teacup railway, a Heege tower, as well as the worth seeing pirate boat trip Piratbåde. Passing some scenes we cross the lake before we dive into a real pirate’s cave and stay there for most of the really long trip. Here we meet pirate ships, sea monsters and finally a real pirate treasure with a treasure chest. A must-do for every amusement park and Lego fan.

Lego City is located at the rear of the park. Here you can find the great Power Builder – a ride where a gondola carrier is hurled through space by a Kuka robot – and an interactive fire brigade attraction, which is also available in the Ravensburger Spieleland. Since my cousin wanted to force me to do some sports, this ride was tested and found to be quite nice.

In the park’s Adventure Land you will find the novelty for 2010: The Temple is an interactive theme ride from Mack Rides. Basically a nice ride, but unfortunately our car was controlled by the system. We have seen all the important scenes, but could not get points in a big sense.

In the front area of the park there are some Frog Hoppers, a Mack Rides Old Train, the park railway and the Minibåde. Here you can take a trip around the world with small boats. On the small cruise we pass numerous oversized Lego replicas of many famous sights. A wonderful fun, where especially children should have their pleasure – after all, you steer the boats yourself.

In Billund, Miniland is not located in the centre of the park, but extends in the front area of the amusement park. Here you can find a lot of very impressive buildings, among others an oil platform, the Billund airport, or the Danish capital.

Compared to Legoland Deutschland, Legoland Billund offers a lot more charm, but at times it seems like a wildly jumbled group, whereas Legoland Deutschland has larger and, above all, coherent theme areas. The park convinces by its cleanliness, its staff, as well as the well developed terrain. My cousin liked it in any case, because he hadn’t thought of the Lego buildings so enormously and still raves about his visit today.

What is your opinion about Legoland Billund amusement park?  Just write it in the comment field below the report or visit our social media channels: