For 10 years now I have been creating a photo book every year. It all started with a voucher from Cewe, which I got when I bought my first own camera. Because I wanted to save money, it became the smallest format and the book was created with the in-house photobook software. Thanks to templates this was done quickly and easily. I also designed the next two photobooks in the compact format, but since the third one I have been using layflat binding consequently since then. In the fourth year I not only changed the format but also the manufacturer. PosterXXL was simply cheaper and I was satisfied. I ordered a photo book in A4 format six times – interestingly, the last two are even a bit bigger than the books before. Due to small misprints (which were hard to detect in advance with the in-house software) and the much too dark print, the next book should be from another manufacturer. By a very funny coincidence I came across an ad from Saal Digital, who were looking for a product tester. I then applied with this website. To be honest, I had not really thought about it.

In fact, I was then selected as product tester for their Professional Line photo book. I could have designed about 44 pages without extra payment, but in the end it became a lot more. 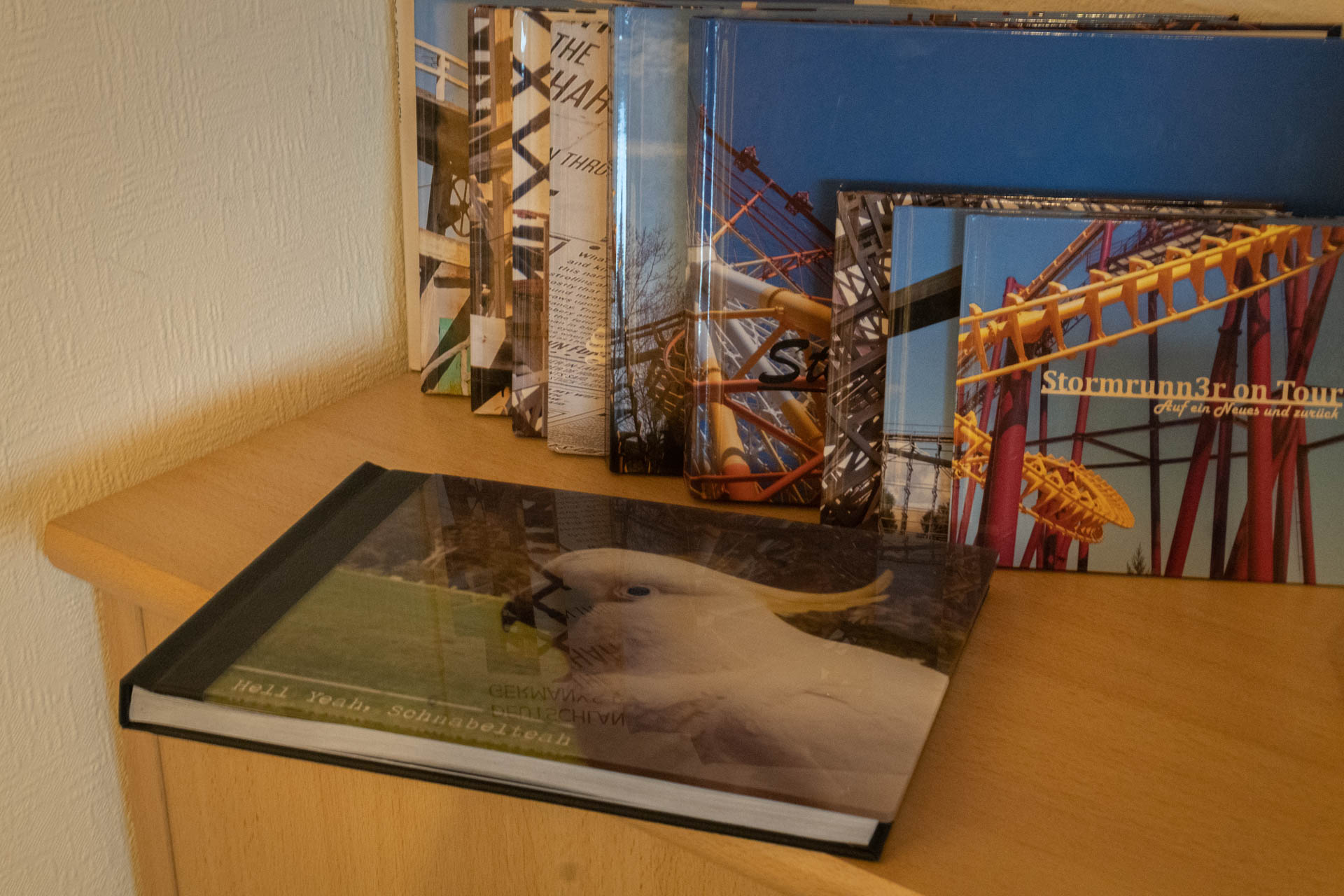 Admittedly, my biggest disappointment with the previous photo books was always connected to the screen of my laptop, because it was simply not colourfast. So when I built a new desktop, I got myself two screens that cover at least 100% of the sRGB color space. The pictures I have developed since then with Lightroom would most likely be ok with the other manufacturers, the final product at Saal Digital simply convinced me. The pictures are just as I wanted them to be.

The Professional Line photobook itself is high quality. The pictures are shown to their best advantage. I was very sceptical about the acrylic cover until I ordered it, but a product completely bound in leather would be a bit too simple for me. When I held the book in my hands after a little delay I was more than surprised by the cover. The depth effect is just terrific. The book looks very high quality and attractive at the same time.

One of my biggest criticisms is always the software of the manufacturers. To be honest, Cewe does not take much to Posterxxl. But with Posterxxl you can at least rely on the fact that the software constantly crashes during larger projects. Actually, I should have switched to Adobe InDesign long ago – but the subscription is definitely too expensive for me in addition to Photoshop and Lightroom. So to keep up the comparison, I also used the software of the manufacturer for the new photo book.

Surprisingly, this sets it apart from the other providers. It is very professionally structured. You can create your own layouts without much effort and yet the software is understandable even for the layman and absolutely easy to use. So it’s quite fun to create your own photo book and even make it a little more creative. The partly really cute templates I can imagine well with other projects. 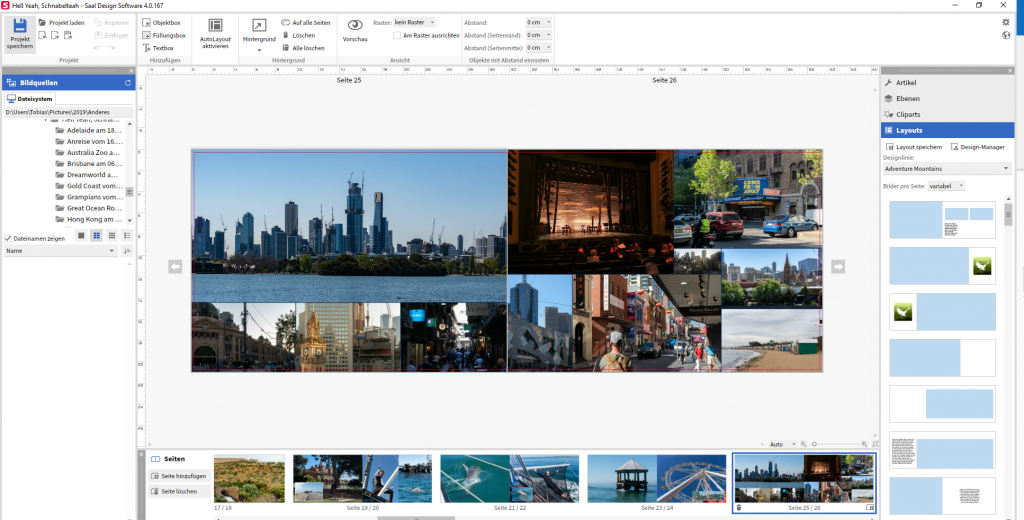 I at least know now already with whose software I will continue to work in the future. Saal Digital is certainly not the cheapest supplier for photo books, but what I have seen of the company so far speaks for itself, which is why I am already considering other products. Since I have only finished my Australia Tour photo book so far, I have to make a photo book for the rest of 2019. But this will not be a Professional Line photobook – that would be a bit too expensive for me personally – although I don’t want to exclude it in the future; after all it is my best photobook so far. At least I am grateful to have found out about Saal Digital through the product test.

What is your experience with the different photo book producers? Just write it in the comment field or visit our social media channels: