The Funny-World in Kappel-Greifenhausen near the Europa Park in Rust is a small, nicely designed amusement park with smaller rides from the Heege company and other attractions. A visit is worthwhile especially with smaller children, who are not usually allowed to ride many attractions in the large amusement park next door.

Highlight of the family park 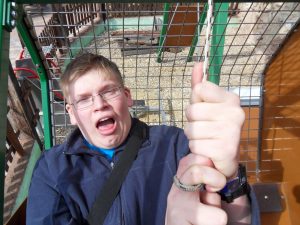 The probably most Mexican of all German family parks, the Funny-World, can be visited very close to Europa-Park. The park advertises with the award of the Freizeitpark Tester Team e.V. as “especially recommendable for children”, a rather ridiculous strategy, but there must be people who pay attention to this association.

The park itself is rather expensive for a small park like this one, especially as adults pay more than children. Beside two butterflies, sky dives and nautic jets from Heege you will find a jungle loop (which was unfortunately broken at the time of your visit), a luna loop and a comet swing.

Where both Butterflys rode quite well and thus followed their destiny in a relatively normal way, something unexpected happened in the comet swing Mexican Post. Not only that this ride had more airtime than the whole theme park in Rust, it just did not want to stop where other comet swings normally stop. The swing was fabulously high and the forces that were generated were simply unbelievable, also the ride time was accordingly above average, which in combination with the forces led to various laughing cramps.

What is your opinion about the small amusement park Funny-World?  Just write it in the comment field below the report or visit our social media channels: