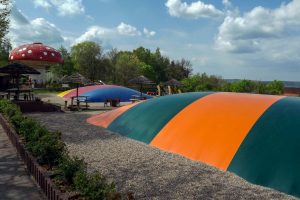 Erlebnispark-Steinau above the community Steinau an der Straße is a small amusement park in Germany. Opened in 1994, the amusement park houses a solid selection of family-friendly rides, interesting playgrounds and a large number of barbecue huts, which are available to park visitors for a fee.

Fun Fact: Erlebnispark-Steinau is a sister park of the amusement park Freizeitpark Lochmühle near Frankfurt am Main. 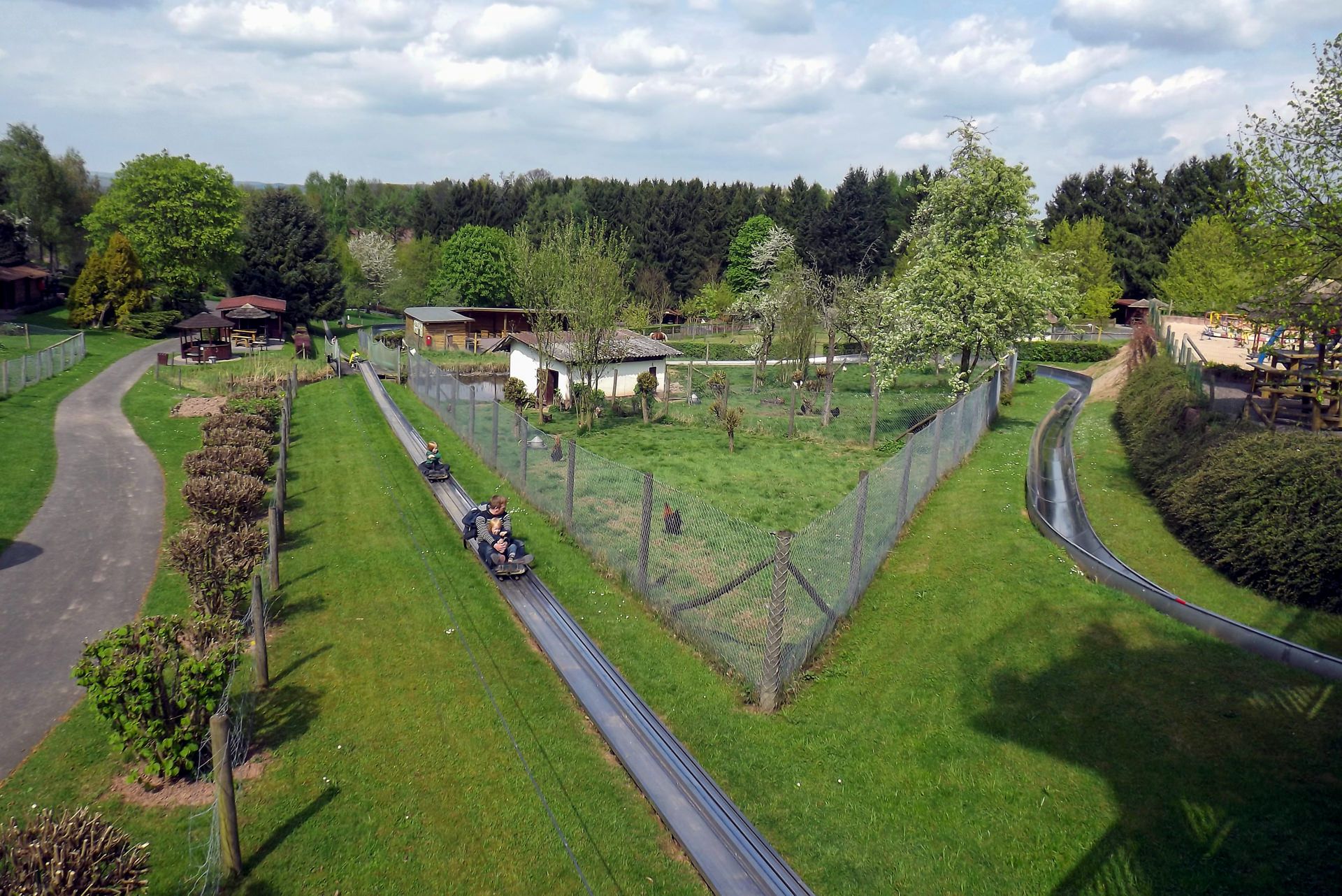 The luge of the Erlebnispark

Above the Brothers Grimm town of Steinau an der Straße is the small but fine Erlebnispark Steinau. The park has a rustic charm and consists mainly of barbecue huts, spacious playgrounds, some animal enclosures – in which many domestic breeds of farm animals can be found – and some rides; most of them of course from Heege.

This year the park was in the media more than ever, as the park features a new roller coaster by the manufacturer Gerstlauer. The Kiddy Racer Erlis Seifenkiste is for small kids only, as an adult person will hardly fit into the ride. For the target group of the park, the coaster is of course a useful addition, for everyone else a nice facility for the little ones.

Next door is the Sommerrodelbahn, the main attraction of the park, which cleverly makes its way down through the other rides. Theoretically, it could also be a really good luge if there were no children riding alone, who think they have to hold on to the upright lever instead of pushing it down a little. Consequently, thanks to the low or even non-existent speed, one is afraid of falling over due to the bobsleigh’s lateral inclination. Significantly faster, the bobsled climbed back up the mountain. A second run sadly seems to have been a waste of time.

Fortunately, there are some interactive play options and the entire Heege product catalogue at the top of the park. One of the rides that can only be operated by several people is the Butterfly, which can usually be operated by yourself, so I had to ask a family that was lucky enough to be nearby if they could push the button. The ride feeling is well proven, but by far not as exciting and ingenious as the strongly pronounced airtime of the park’s comet swing Kometenschaukel.

With the extremely professional and informative railway Wegebahn, whose quality of the announcement can easily keep up with larger parks – the only difference is that highlights such as the Nautic Jet are mentioned during the ride, you can explore the lower part of the park without having to climb the mountain again and learn a lot about the special features of the park, which is now 20 years old.

You really have to give the park credit for being very creative in places, where some other parks should take a leaf out of their book, for example the park offers a water playground where you can play water plumber with pipes just waiting to be laid. But the park can also offer nicely arranged and bigger rides, thus one finds a cycling track, a small flat tide and a wave swinger by Zierer, which all ride themselves neatly.

The Erlebnispark Steinau surprised me alot, as it is very similar to the Tolk-Schau in Schleswig-Holstein, only without the dinosaurs and a little more professional, although a little bit smaller. Here you can spend some time without getting bored and if you have something to barbecue, you can stay much longer. At least East Hesse’s biggest amusement park is definitely worth a visit, despite the strange-looking title.

What is your opinion about Erlebnispark Steinau? Just write it in the comment field below the report or on our social media channels: