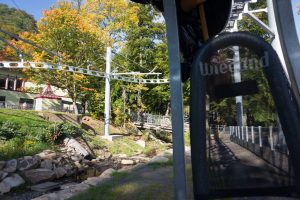 The Seilbahnen Thale Erlebniswelt is a amusement park divided into four areas in Thale, Saxony-Anhalt. As Wiegand’s largest Erlebnisberg, the park offers a large number of family-friendly rides and attractions, including, of course, many of the company’s own products.

Fun Fact: The Hexenbesen in Fun Park 2 is the first Flying Coaster in Germany! 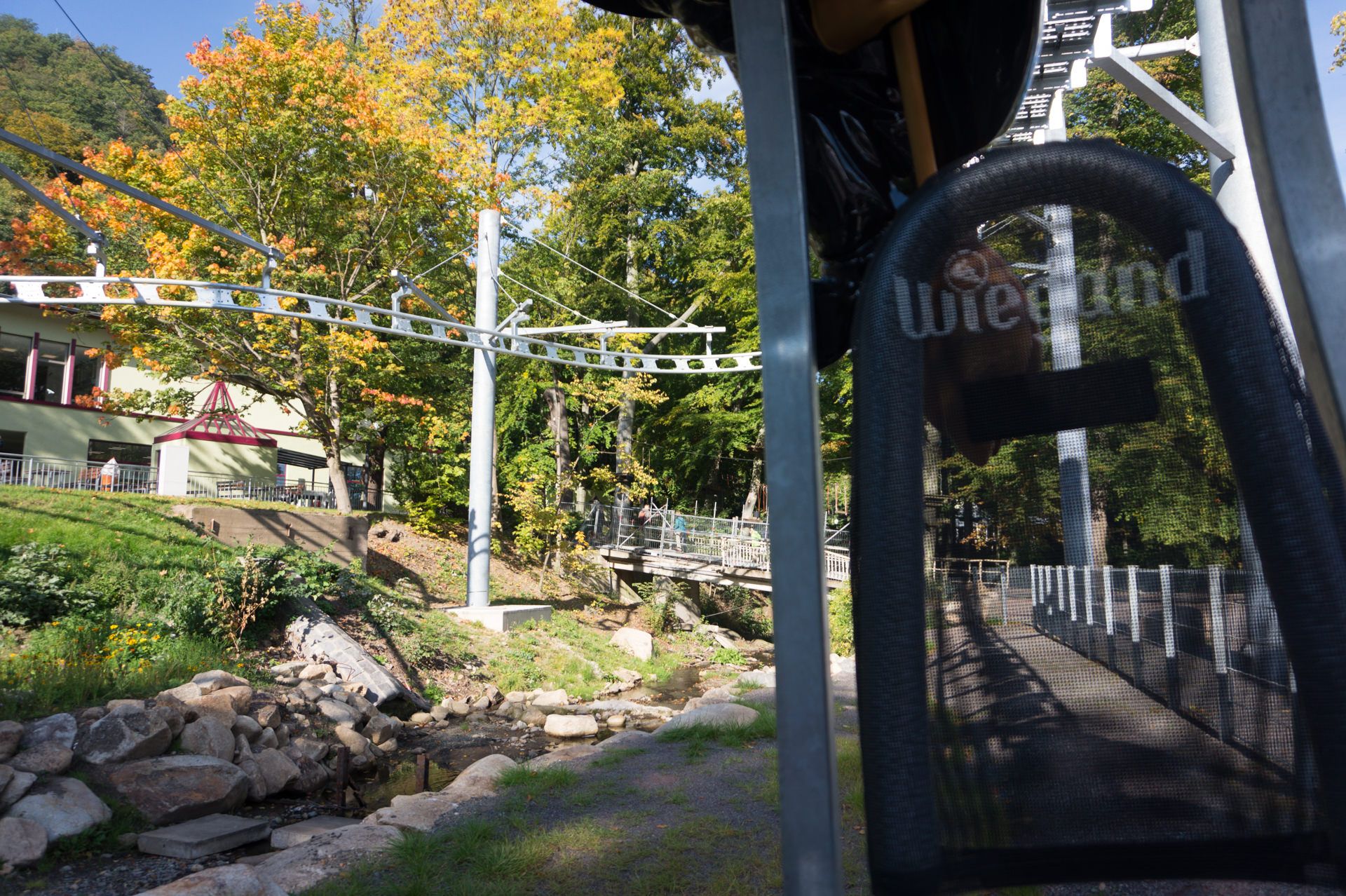 The modern variant of the witch’s broom 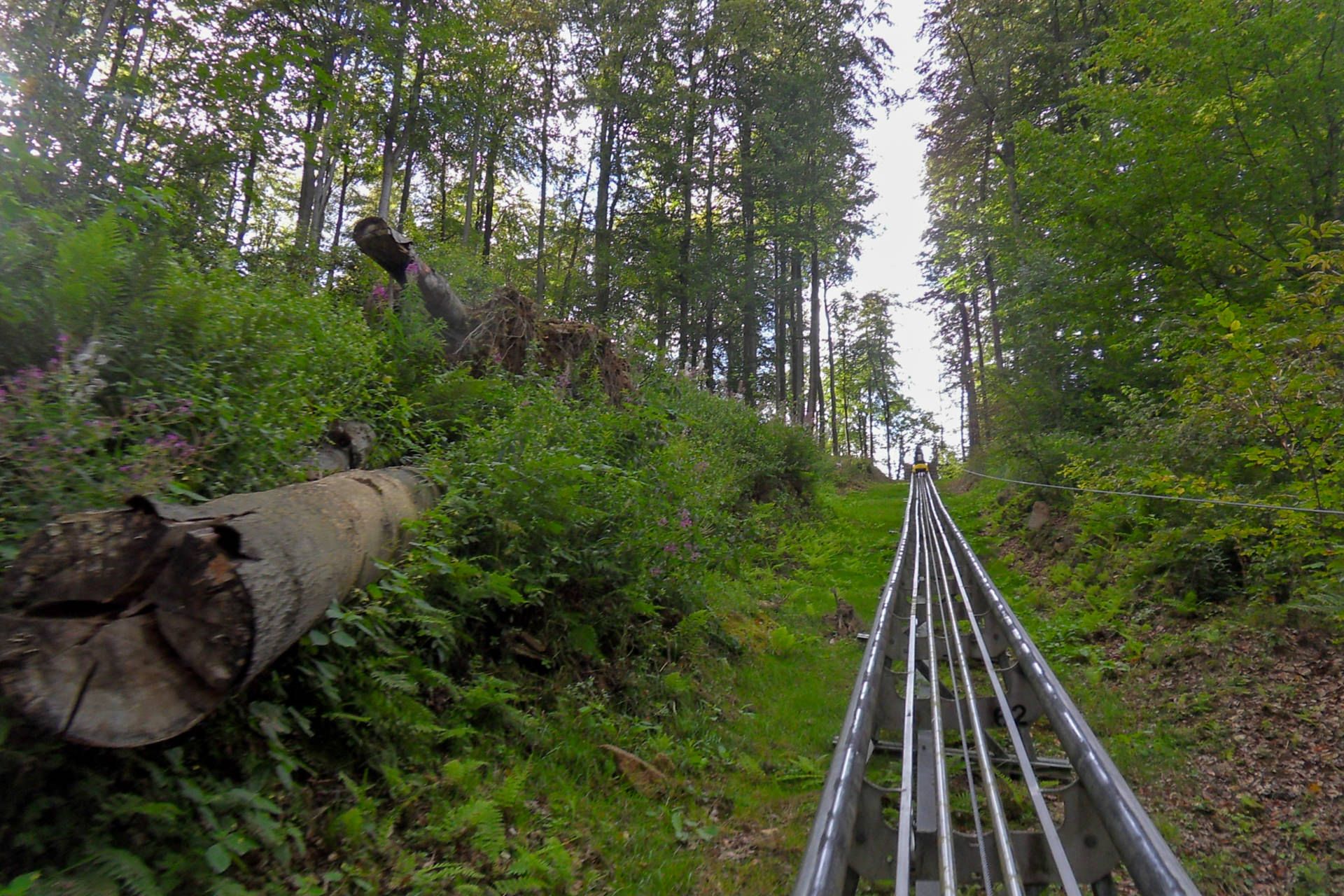 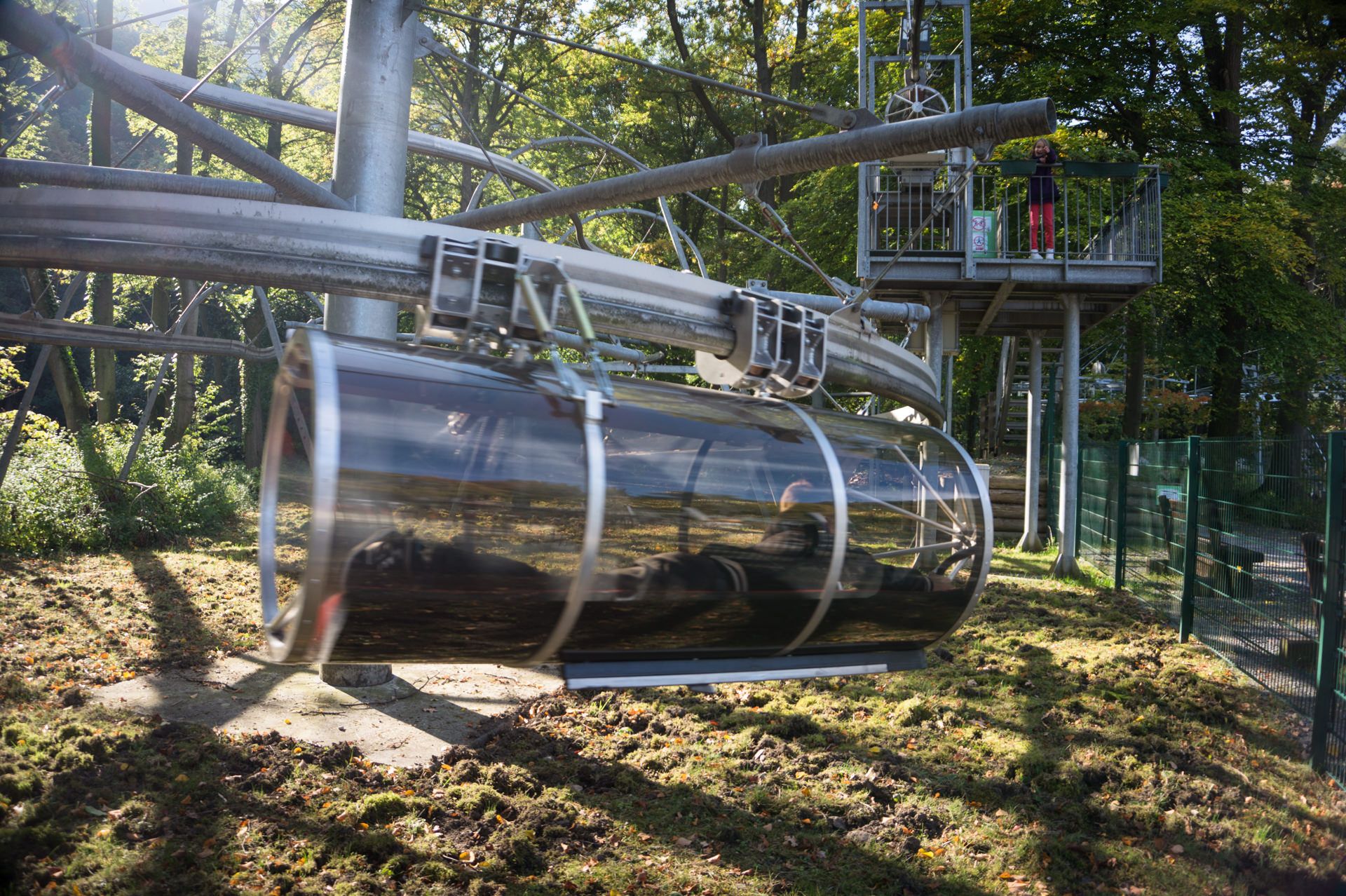 The Flying Coaster up to 65kg

The Wie-Hex installations are certainly not among the most popular products of the manufacturer Wiegand, which is known above all for its toboggan runs and steel tub slides. Nevertheless, this year a second generation witches’ broom in a remarkable version, the Boderitt, was installed in the second fun park of the Seilbahnen Thale Erlebniswelt, near the cable car up to the Hexentanzplatz and in the immediate vicinity of the first generation witches’ broom.

A little later than I thought, I reached the Erlebniswelt in the Bode Valley – which is run by the manufacturer Wiegand – only to be at the Boderitt way too early. Although the opening hours were clear, the new Wie-Hex had not even completed his test rounds, and even worse, it had not even started. Only on demand the ride was set in motion, but it was much colder than expected and the cars had a hard time to make the track at all. After almost an hour, a technician started up the ride after numerous attempts.

With the course of the day completely turned upside down, I was able to take a seat in the vehicle familiar from the Ski- und Rodelarena Wasserkuppe. After inserting the necessary 3 chips, the vehicle immediately starts moving and climbs the first lift hill. Without any noticeable deflection you make a left turn and then a small detour along the terrace of the restaurant. After a further left turn, the car is braked almost to a standstill in the following right turn, as the second lift hill is approaching. Back on a higher level, followed by a swerve, there is a serpentine-like play of curves that is driven somewhat faster, whereupon the third lift hill is reached. You also leave this hill in a left turn, followed by a wide right turn. Not surprisingly, after another change of direction you reach the final lift. The now following slope is a little more distinctive and the two curves also have a narrower radius through which the gondola swings a little more. However, also in this case, one is braked too soon and consequently one crawls towards the exit position.

The Boderitt is only remarkable because of its size, unfortunately not due to the ride. Compared to the witches broom of the Wasserkuppe, the swinging of the cars is almost non-existent, neither rocking forwards or backwards nor swinging to the side. Admittedly, the ride was certainly not yet sufficiently run in at that time and therefore the swinging might have been much lesser than in the late afternoon; but that doesn’t make the track, whose highlight in the end were the four lifts themselves and the final curves, any better. Nevertheless, it enlivens Funpark 2 at Seilbahnen Thale Erlebniswelt and fills it well, as does the new water ride from the manufacturer Zierer.

What’s your opinion on the Wie-Hex Boderitt?  Just write it in the comment field below the report or visit our social media channels:

Since my father wanted to be picked up from the Magdeburg airport, about 30 km away from the state capital, in Cochstedt, I was drawn to the east of the republic, of course with a little stopover. On the access road to the city of Thale I had some doubts if the whole thing was such a good idea, but the closer I came to the cable cars, the better I felt. Arrived at the Seilbahnen Thale Erlebniswelt, I immediately went on a discovery tour through the park that is divided into four areas. The fun park 1 with chair lift and a quite attractive high ropes course, the cable car with miniature golf under the first support, the witches’ dance square with theatre, animal park and Alpine Coaster, as well as a little aside the fun park 2.

A tour through the Seilbahnen Thale Erlebniswelt

The latter area contains the only flying coaster in Germany, a trampoline and a few bumper boats and is rather small. The Hexenbesen is only permitted up to a weight of 65kg, which is why I was a bit worried about getting stuck during my ride. The ride itself is not very fast and is like a wacky worm except for the different riding postion. Only the accelerator shortly before the end of the ride is quite funny. The degree of freedom in the tube is, as soon as you manage to crawl in it, quite big.

With a combi-ticket in hand, the gondola lift took us up high. But don’t worry, for people with fear of heights there is the possibility to come by car to the witches’ dance square. After a few meters of walking I already took a seat in the Harzbob, the Alpine Coaster of the Seilbahnen Thale Erlebniswelt. Unfortunately, the ride was a bit slow and the track needed time to get up to speed, so despite the very friendly staff, the Harzbob doesn’t finish far up. The Harzbob is roughly comparable to the Weserberglandbob in Bodenwerder.

Back in the valley I was drawn to the last roller coaster of the Seilbahnen Thale Erlebniswelt. It is located in Funpark 1 and is a genuine butterfly made by Heege. The ride was very quiet and luckily not as short as the one in the Tierpark Nadermann. Also here I had to invest one Euro.

Before I left the city, I went up to the chairlift for one last ride. There is a fairy tale pavilion at the top, but as it costs money and the last ride of the day was getting closer and closer, I decided to go back down and walk through Thale instead.

What is your opinion about the Seilbahnen Thale Erlebniswelt?  Just write it in the comment field below the report or visit our social media channels: