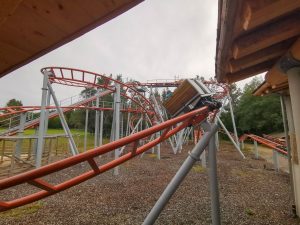 Tatzmania Löffingen located on the edge of the community of Löffingen near Freiburg in Baden-Württemberg is a medium-sized, family-run zoo and leisure park. With its game park, two roller coasters, as well as a large selection of rides for smaller kids, the park offers an enjoyable mix of animal park and family-friendly rides. 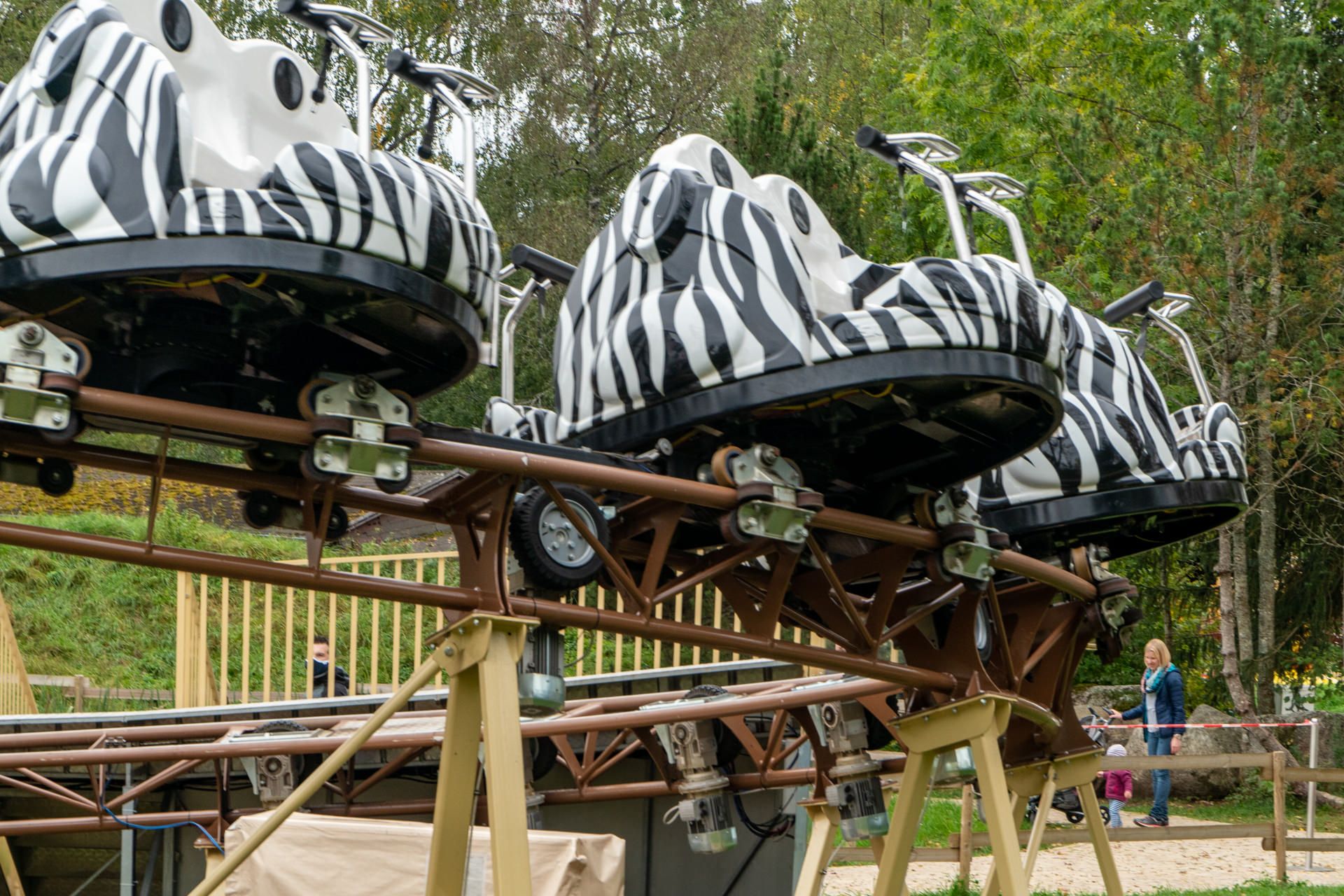 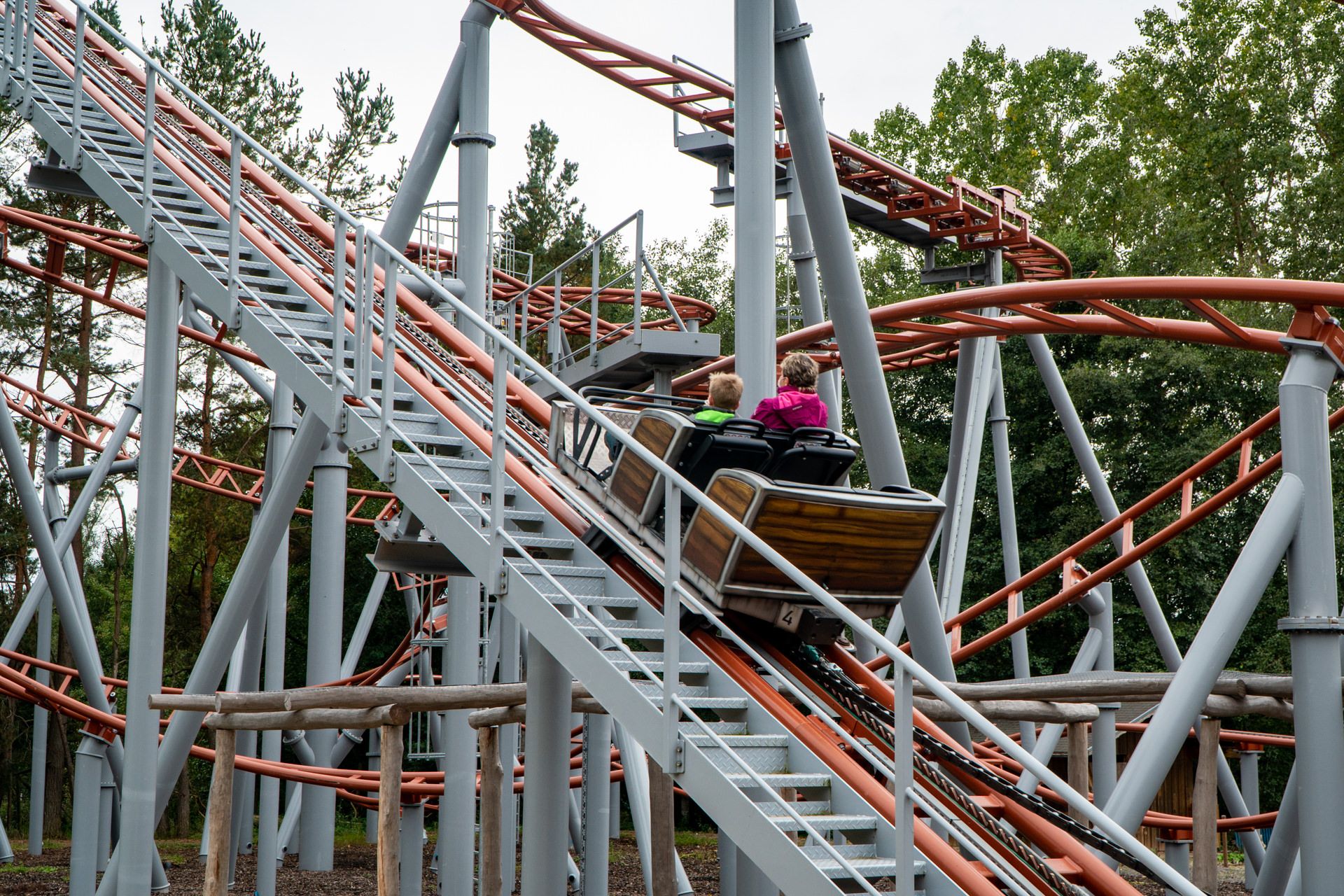 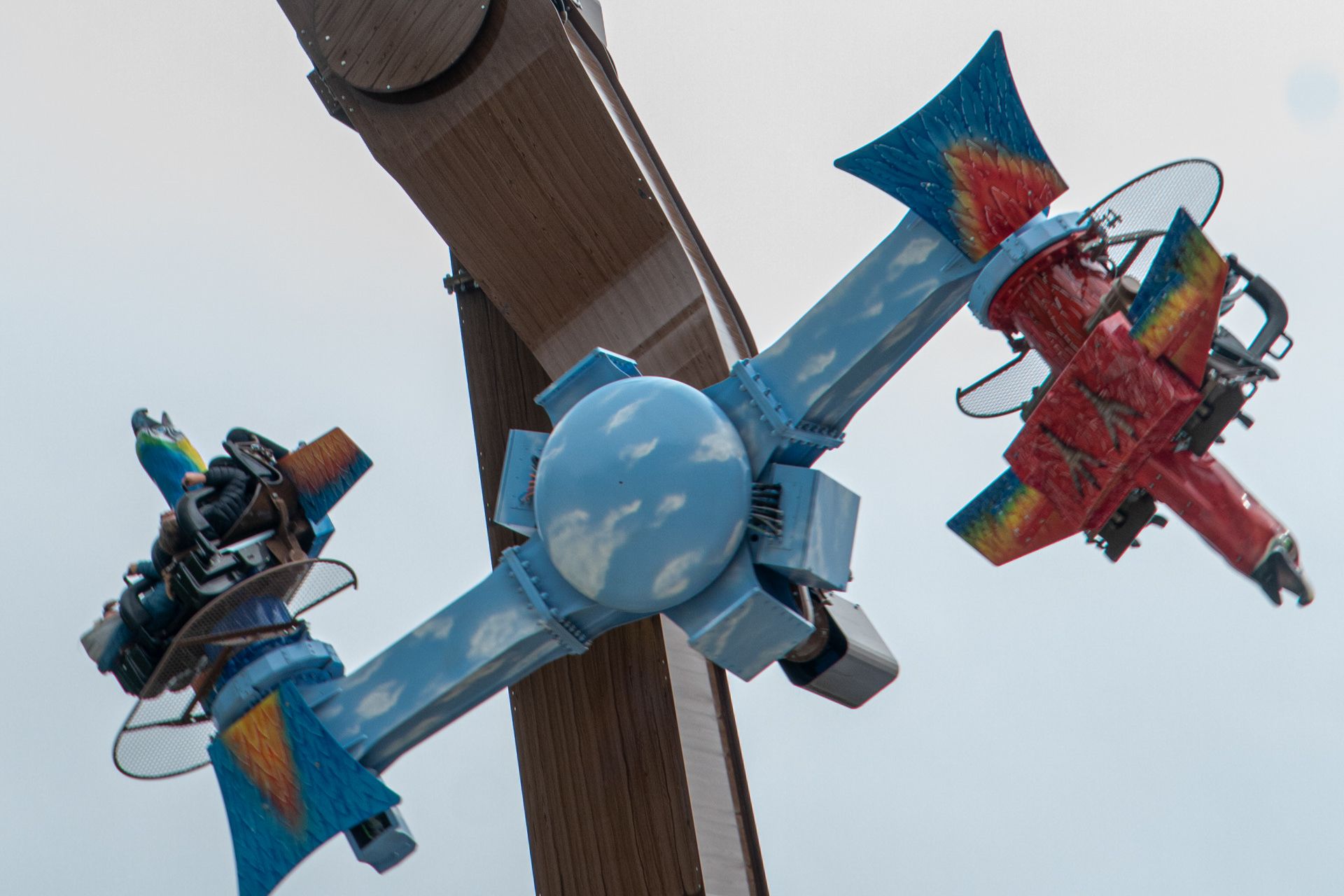 The history of the Tatzmania Löffingen animal and amusement park began in 2017, when the former Schwarzwaldpark was taken over by the Braun family. In order to separate it from the Steinwasen Park, which also belonged to the Braun family, it was decided to operate the park as a zoo instead of a wildlife park from now on. Both parks have a small selection of rides in common.

While Steinwasen Park offers a small selection of exquisite rides, Tatzmania focuses on quantity from SBF Visa. The focus here is mainly on rides for smaller children, including the park’s first roller coaster: the African Spin.

The compact spinning coaster has a layout with three loops that merge into one another, so you are constantly alternating between upwards leading right turns and downwards leading left turns. The cars are spinning quite well – but the ride is not too wild. Rather, it becomes more tedious lap by lap, so that after the seventh lap at the latest, you really want to get off.

Fortunately, there is also a bobsled coaster from Gerstlauer at Tatzmania Löffingen. The compact roller coaster Gold Rusher is a fair bit wilder and can boast a multitude of drops and tight curves.

The ride on Gold Rusher begins quite leisurely. After the bar – for whatever reason – has been pressed down far too hard, we immediately enter a bend and then a small dip. After passing the maintenance hut, we approach the lift hill of the ride in a short right turn. Having barely reached the starting height of 16m, we immediately plunge down into a steep turn towards the ground. Far above it, however, we soon climb up again. After a short block brake, we go through two hairpin bends before a wide curve takes us into the next braking area. In another downhill helix we now come very close to the ground. We then gain height quite smoothly in a right-hand bend before we speed through a depression. Shortly afterwards, we pass through the next braking area. Now it’s over hill and dale, once across the ride. We first race through a left-hand bend before we are lifted out of our seats a little in a series of camelbacks. A final right turn leads us into the final brakes of the roller coaster.

The Gold Rusher is a really nice family coaster that seems tailor-made for the park. The ride is not too big and not too small either, which allows it to successfully entertain a large part of the family audience at Tatzmania Löffingen.

Something I can’t think of on the next ride. The Papageienflug, formerly Eagle Fly, is – at least in theory – an interactive rollover carousel from SBF Visa, in which two smaller gondola arms whirl around a large boom. These are raised hydraulically at the start of the ride, which means that the ride is always at a very steep angle. Now, however, the riding position is – if you do nothing – very uncomfortable. So you use the small joystick, but it takes some time before the motor reacts. Now the gondola turns very slowly, which, superimposed on the ride’s motion, results in a very uncomfortable ride.

For several reasons, I highly doubt whether this ride is a joy to behold. On the one hand, the ride is hardly compatible with the family audience of the amusement park. On the other hand, at the time of its opening, the ride looked like two swastikas rotating in the air. Thanks to the modification, in which half of the gondolas were dismantled, this is no longer apparent today, but the negative publicity remains.

None of this would have happened if they had relied on the tried and tested products from Gerstlauer. If they had, they would have a ride that was equally well received by every member of the family. Now you have a ride in the park that visitors ride – if at all – only once. Yay!

Tatzmania Löffingen, you have potential. As a zoo, I actually liked you quite a bit, even if you still remind me very strongly of the former game park. The redesigned enclosures near the entrance are at least pretty well done. If you were to focus on quality instead of quantity in your amusement park section and could keep your monkeys in the enclosure, then there would be a reason to visit you more often.

What is your opinion about the animal and amusement park Tatzmania Löffingen? Just write them in the comment field below the report or in our social media channels: