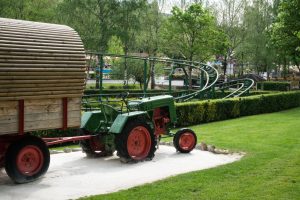 Freizeitpark Lochmühle in Wehrheim near Frankfurt am Main is a small, family-run amusement park that developed from a pony farm in the 1970s. Today the amusement park houses a solid selection of family-friendly rides, interesting playgrounds and a large number of barbecue huts, which are available to park visitors for a fee.

Fun Fact: The amusement park Lochmühle has a sister park, the Erlebnispark Steinau in Steinau an der Straße. 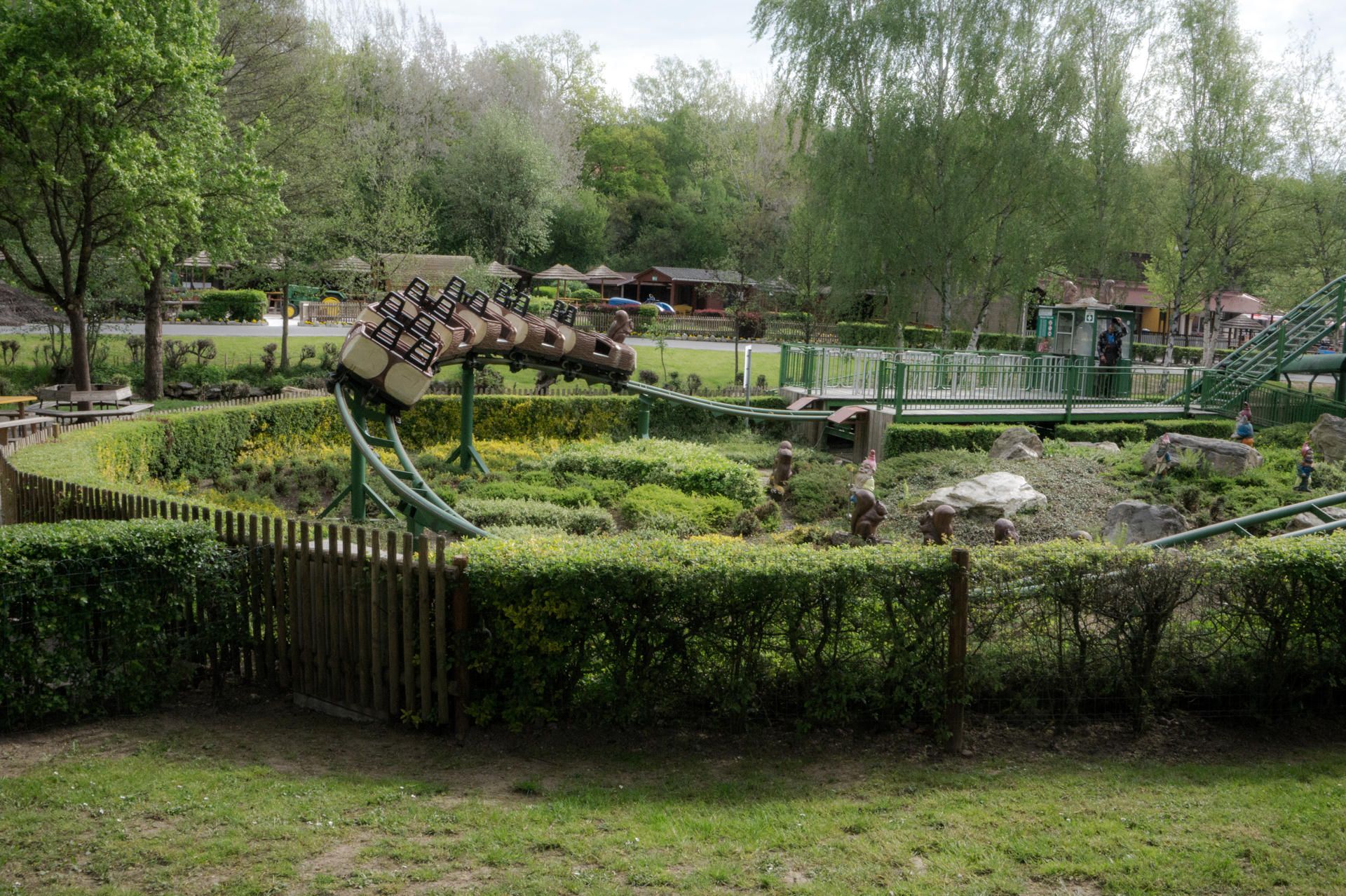 The previous day was not particularly successful, with an 850 km drive from Vienna, via Munich to a job interview at a company that had not contacted me again despite an agreement, and a visit to the Auto- und Technikmuseum in Sinsheim, whose Heege product range was already shut down 15 minutes before closing time, going to Weiterstadt. To make the 500 km distance back to Hamburg a little more interesting, a visit to Hesse’s most famous amusement park, the Freizeitpark Lochmühle, was planned.

The Ponyhof, which emerged in the 1970s from an agricultural business with a grain mill, has developed over time as well as the constantly growing number of playground equipment into a more than well-known amusement park in the Frankfurt area. The main target group of the park are without question families with smaller children, but also barbecue-loving adults are served accordingly by the large number of barbecue huts.

In addition to numerous play facilities for children or their adult counterparts, there are also some rides to try out. Directly at the entrance, behind a small replica of the Altweibermühle (old women’s mill) of the Erlebnispark Tripsdrill near Heilbronn, you will find two Heege Butterfly pendulum rides, from which you have a good view of the valley. Also on this level is the entrance to the generously designed monorail Helikopterbahn and the three Sky-Dive rides that lead across the lake.

Past a tractor ride and numerous animal enclosures, the path leads slowly down to the valley, where the Eichhörnchenbahn (squirrel coaster) – the park’s big roller coaster – is located. The ride, built in 1992, is a somewhat older example of a Force One from Zierer, which is characterized by a common bar, which is a positive feature compared to newer examples, especially regarding the ride comfort.

In addition to the beautifully designed Robinson Wellenfahrt flat ride from the same company, there are also two Luna Loops on this level in addition to a mat slide, the Entenkarussell and the Blütenwirbel from Metallbau Emmeln, as well as the two comet swings Schinderhannesschaukel in stagecoach design, which deliver immensely pronounced airtime.

Through an underpass below the access road you will reach an area with several trampolines, a larger café and a larger electric mule track Eselreitbahn. Those who prefer to ride real animals can do a circuit on one of the park’s ponies for a small fee. The exit of the park is also from this path.

The Freizeitpark Lochmühle is a nice little amusement park, which is characterised by its numerous play and barbecue facilities, similar to the Erlebnispark Steinau close to Steinau an der Straße. However, due to the smaller number of play activities and the strange layout of the park, the amusement park does not seem quite as charming.

What is your opinion about the amusement park Freizeitpark Lochmühle? Just write it in the comment field below the report or in our social media channels: