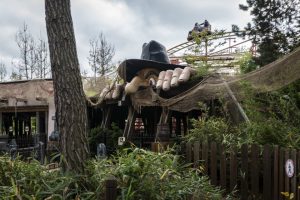 Bobbejaanland in Lichtaart nearby Antwerp is one of the biggest Belgian theme parks. The park was founded in 1961 by the Flemish singer and entertainer Bobbejaan Schoepen and is currently being run by the Spanish Group Parques Reunidos. The park features some interesting and rare rides, e.g. the only Vekoma illusion coaster in operation, where the ride hardware is enhanced by a large video projection onto the ceiling.

Fun Fact #1: Till some years ago, the park had a wind turbine on its properties. Although it never seemed to be active, there was a running gag that it could generate all the energy needed for park operations.

Fun Fact #2: The Hafema Raft Ride Rio Dorado is one of just two raft rides ever build with a giant wheel like lift. None of these are in operation. 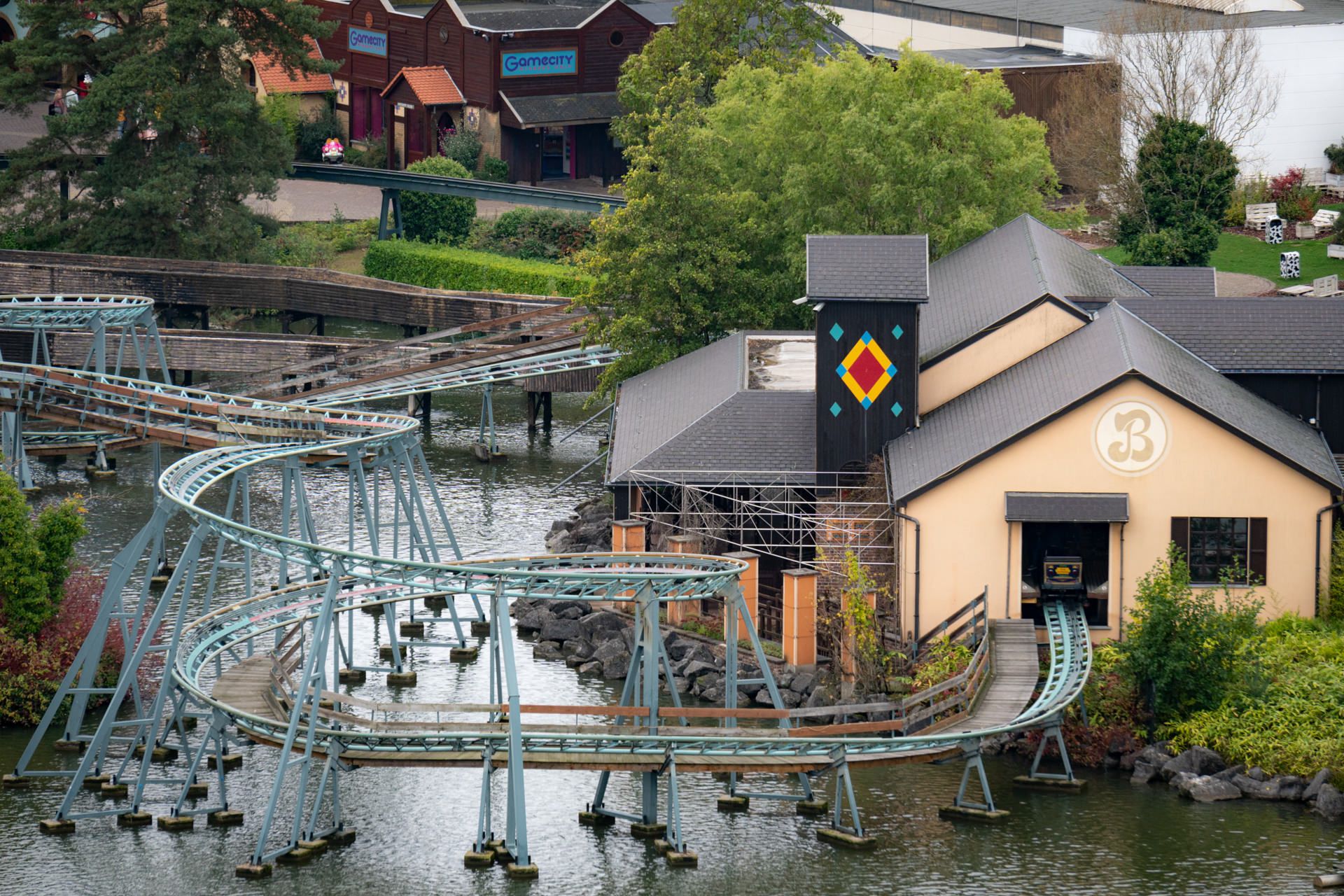 The powered coaster with a bit of Airtime 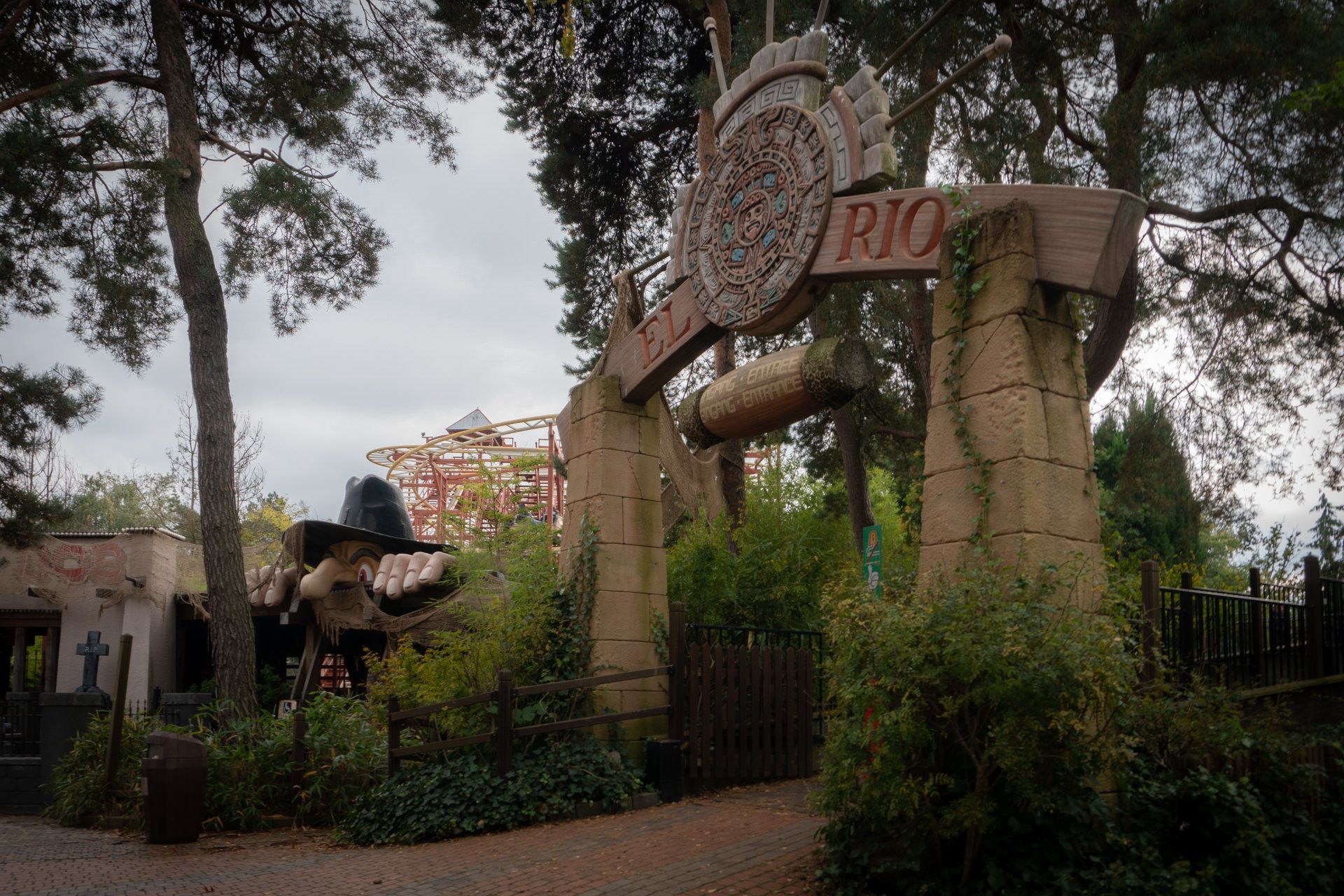 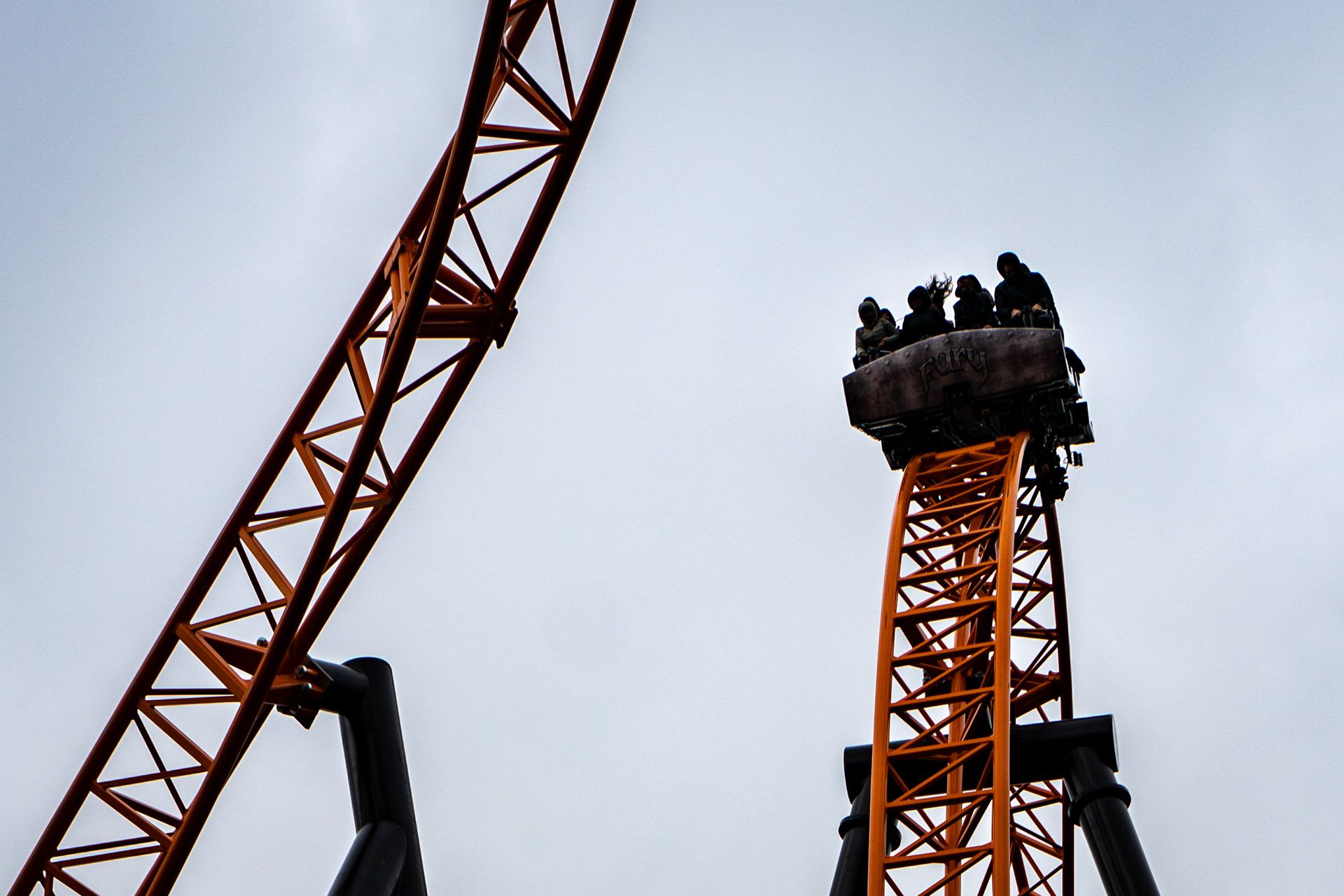 Forwards or Backwards, it’s you to descide 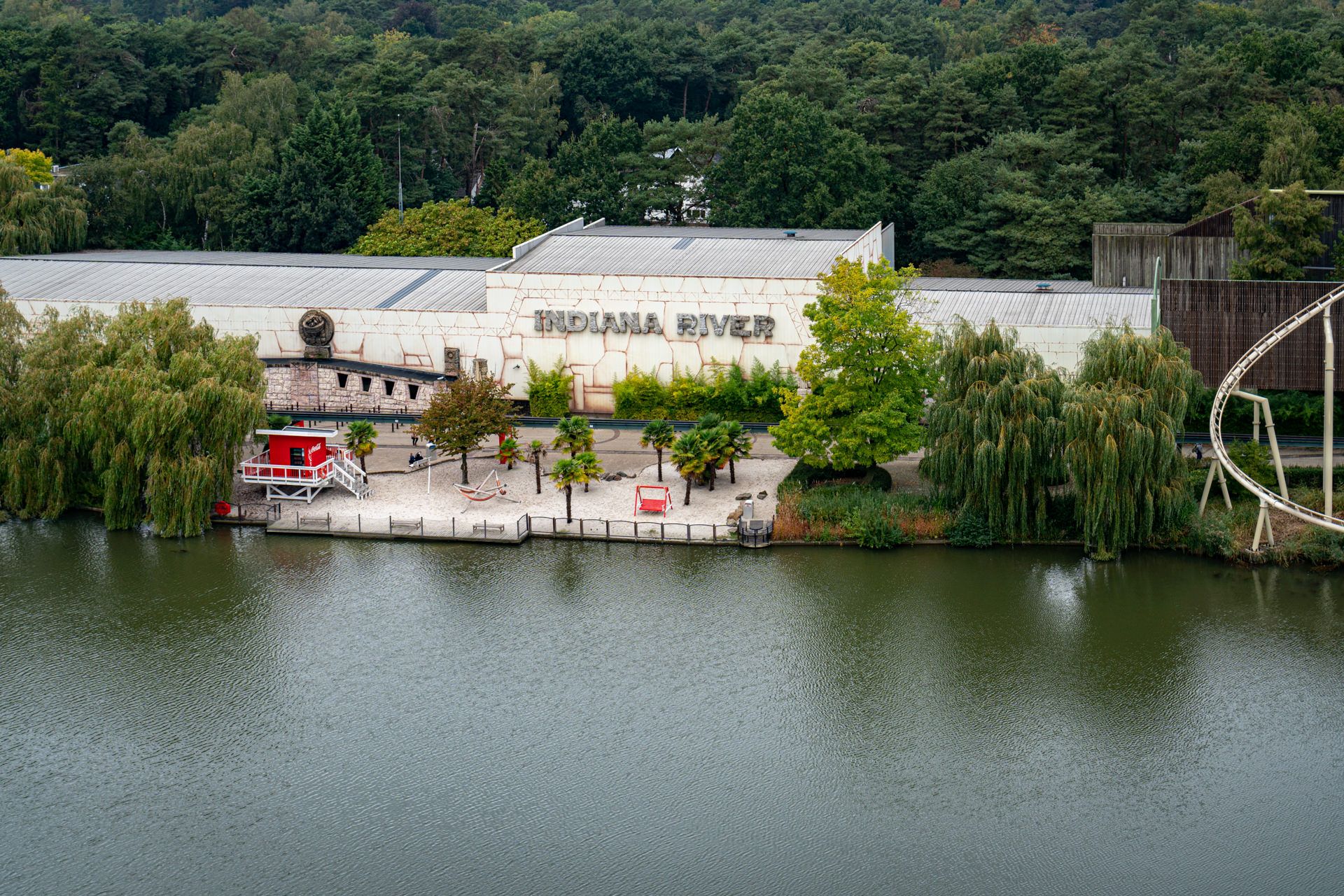 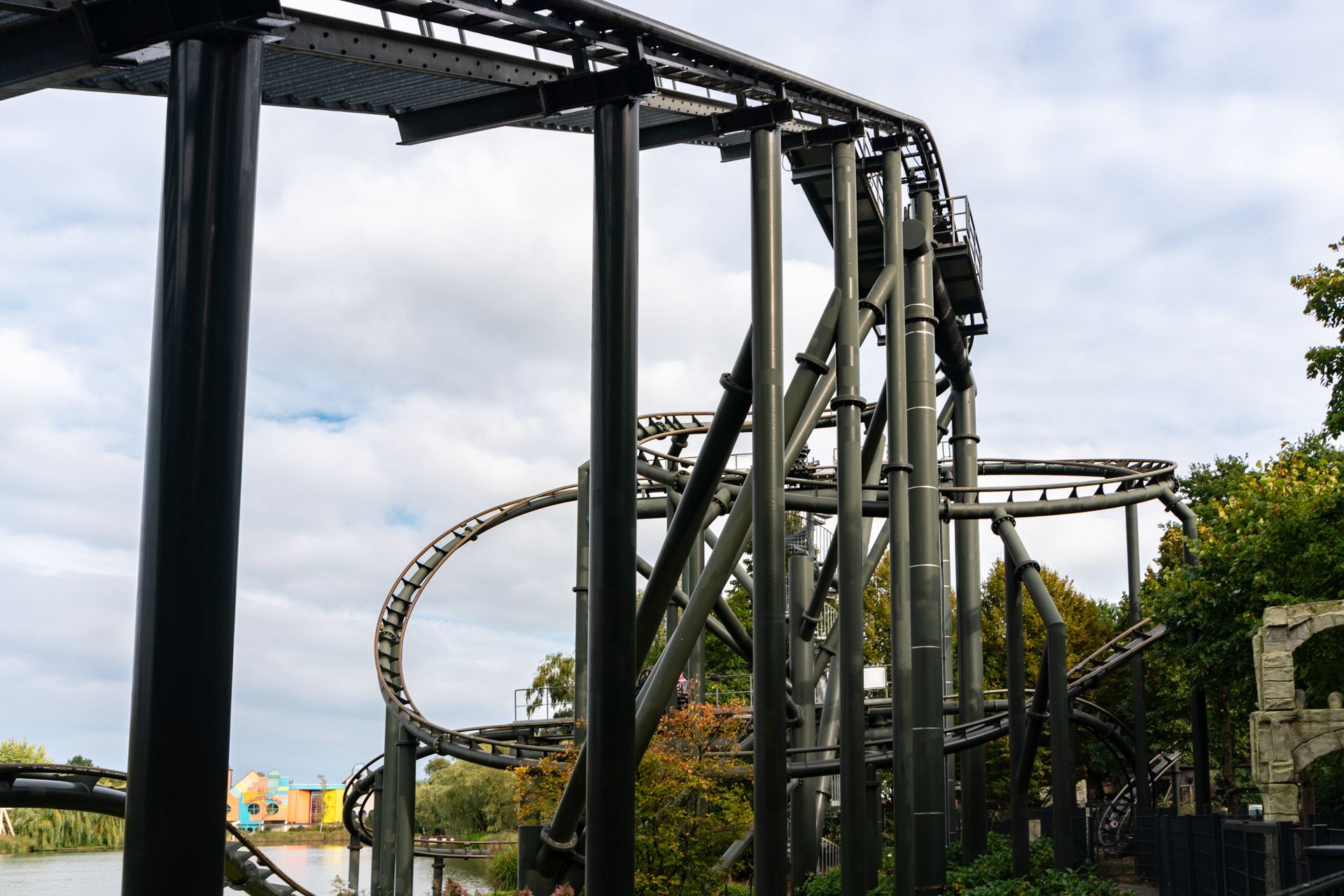 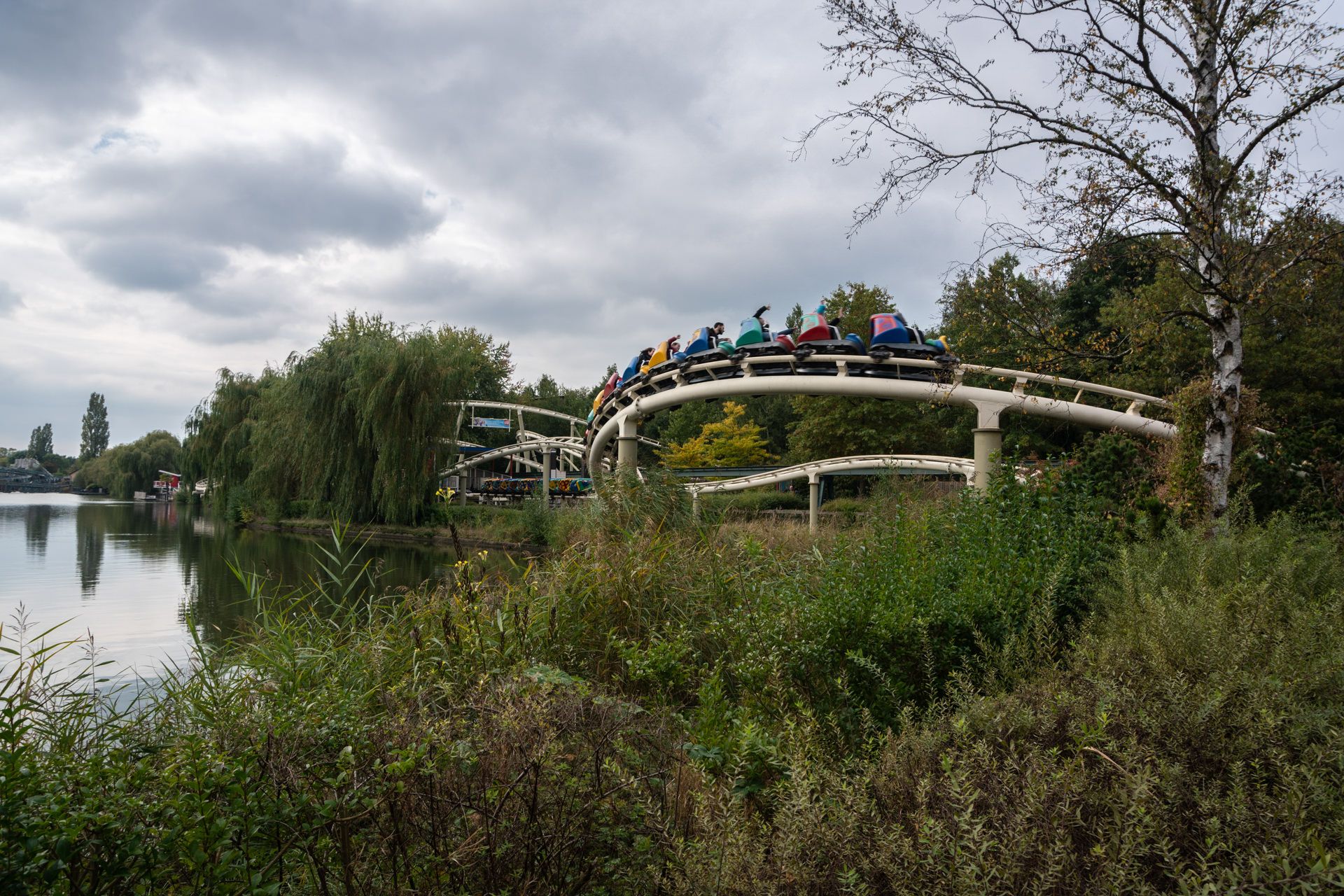 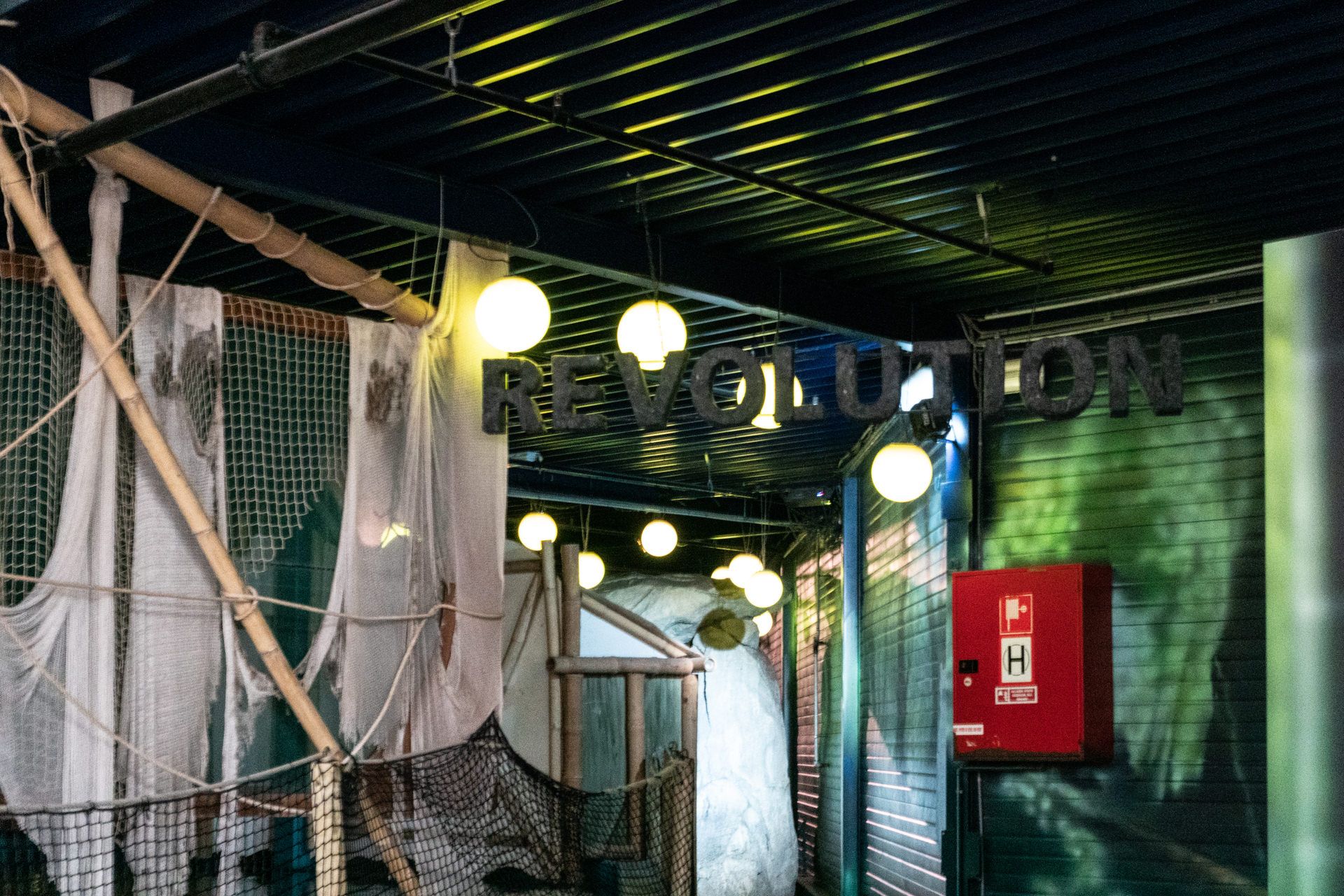 The infamous indoor coaster with the world’s longest train 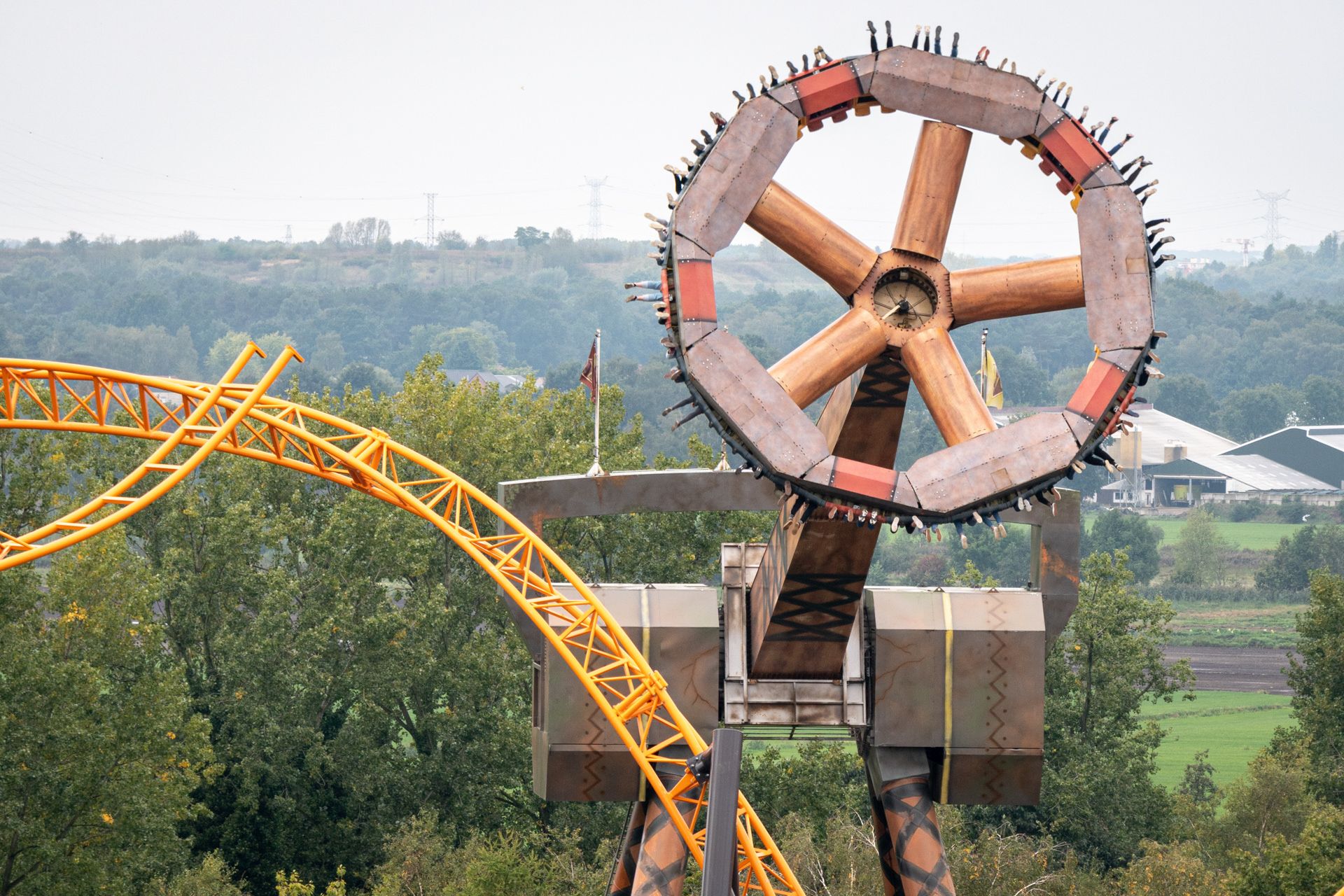 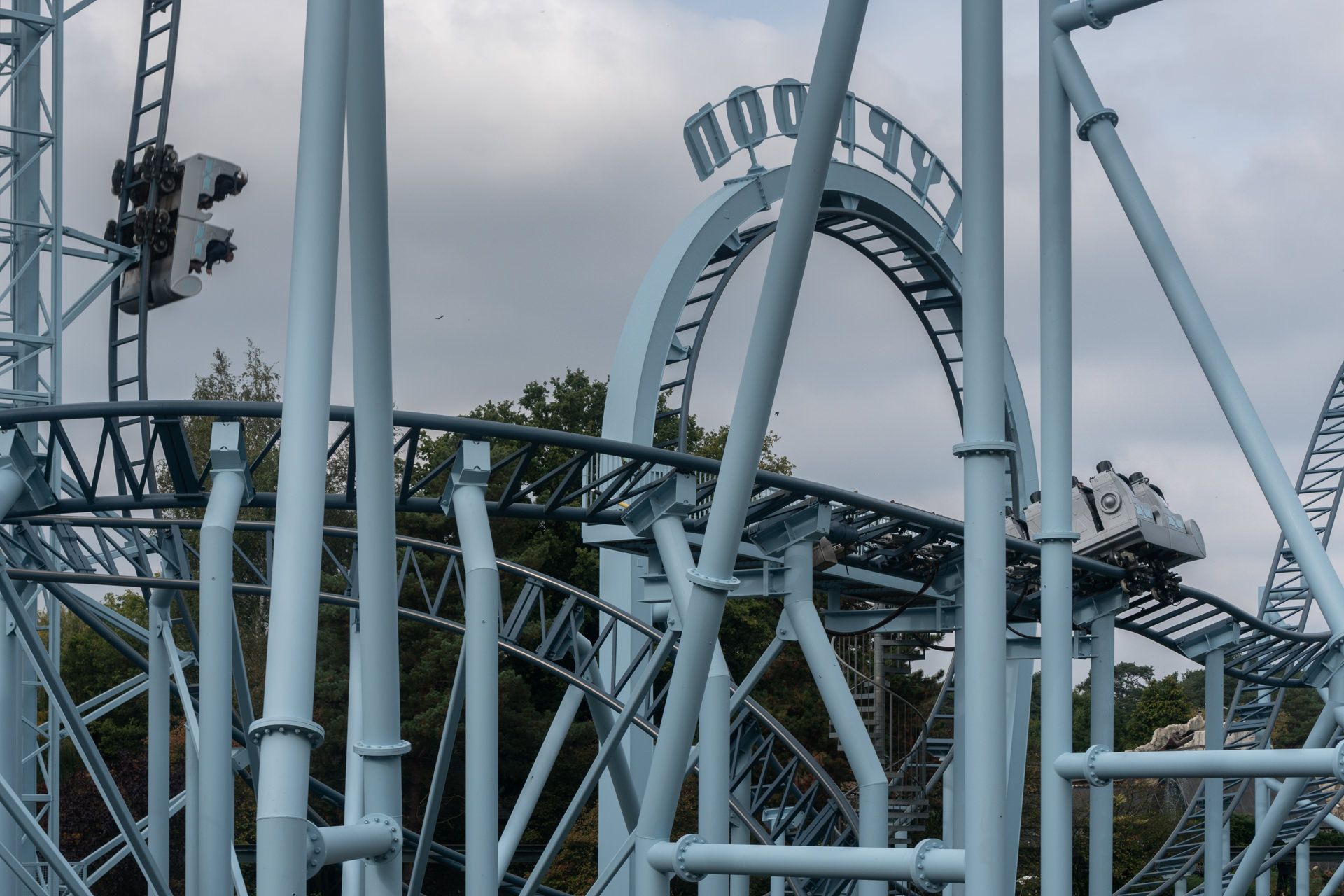 It’s all about the rolls 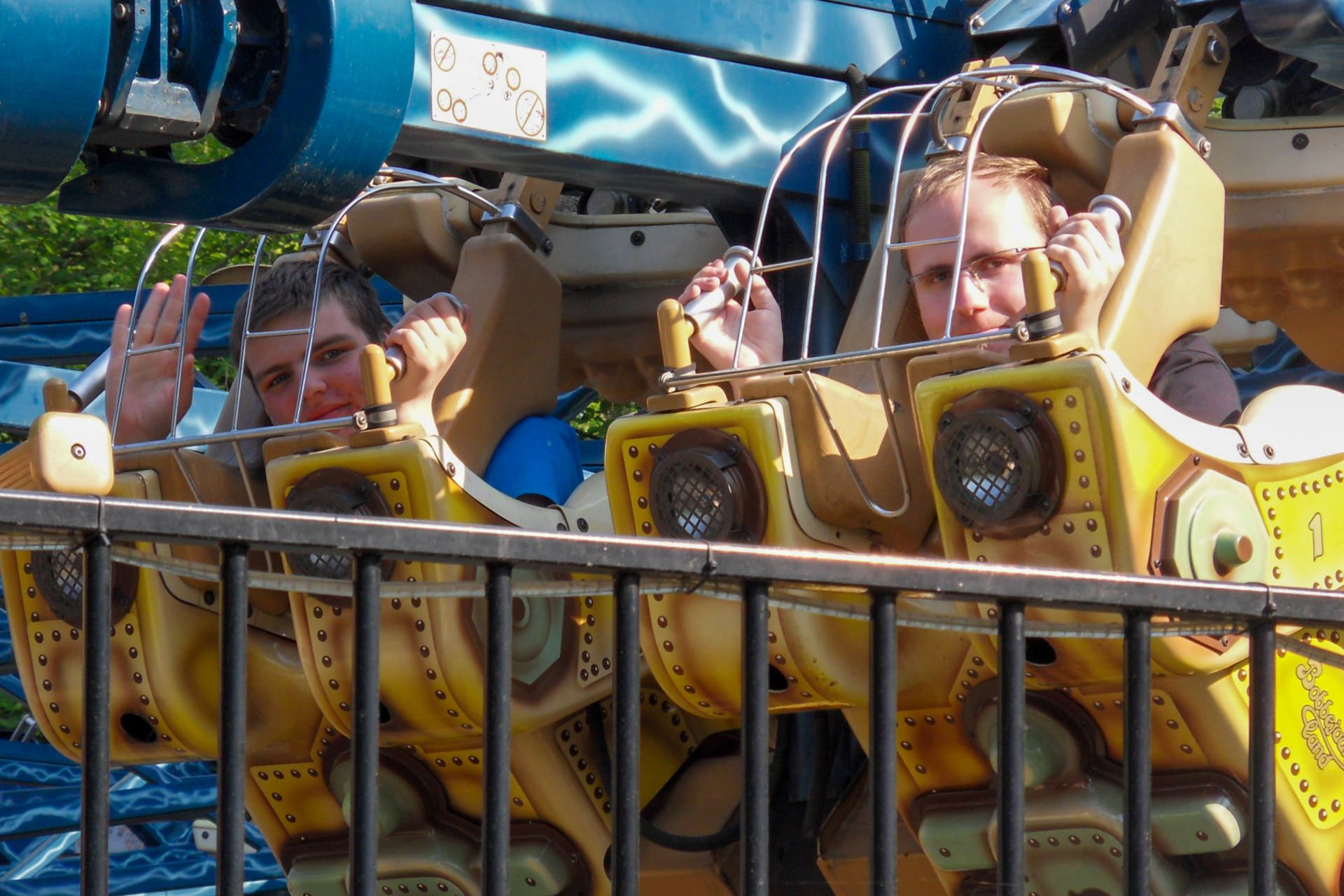 The modern variant of an old classic

My last visit to Bobbejaanland was ages ago. During that time, many things changed. Some of them were small things, like the name change of the roller coaster Dizz to Naga Bay in 2017 to better fit the theme of the immersive tunnel Forbidden Caves next door. An interesting choice when considering that Forbidden Caves already became obsolete shortly after its opening in 2015 – with this years novelty Fury and its theme area Land of Legends, Naga Bay serves as a connection between the two areas, which is just fine. In the meantime Bobbejaanland sold their HUSS Fly Away to a small french theme park, teamed up with Samsung VR to offer with Mount Mara a new and exiting ride on the roller coaster Revolution – which apart of the low resolution does a fantastic job to the old ride – and the wind energy turbine next to Bobbejaanland was removed.

The Land of Legends truly sounds more legendary as it is. The theme area consist of an unappealing long queue line for the roller coaster Typhoon – which got a new paint job –, a new queue line for the HUSS Giant Frisbee Slegdehammer – whose ride has been significantly enhanced by the sight of a novelty suddenly appearing underneath –, a water playground and the roller coaster Fury. Apart of Fury, which has a never seen before feature on a roller coaster, nothing stands out. In my opinion, the Land of Legends looks cheap and plastic. Of course we have the obligatory music by IMAsore, like all the other European theme parks.

Fury itself is a reasonably large ride with some exiting and interesting elements, which can be ridden forwards or backwards. The ride gives you a choice if you want so. If you really need to ride Fury forwards, you also have the choice to wait slightly longer in line and use the queue to the left in the station. If you want to be surprised by the choice of all the other people in the train and want to take part in a small poll, keep to the right. After boarding feel free to push whichever button you like and enjoy the turntable of destiny shortly after leaving the station.

Turned into position, the ride starts with its first launch in direction of the Top Hat. It then passes the same launch track in reverse, whereupon the Scorpion Tail Jr. element follows. This is basically a slightly overbanked vertical slope, where the train loses momentum whilst the riders hang upside down for a moment. After the third launch the train passes over the Top Hat with a very small pinch of airtime and suddenly drops down in a twisty motion. At full speed, the train climbs up a giant corkscrew, where the exit of the element ressembles a Banana Roll. You basically leave the element with a change in direction. Over a hill, the train then plunges down into the entrance of a very forceful loop. After the looping, the train enters the final valley. Similar to the beginning of the ride, the train changes speed in three stages. In the first one, we climb the second Scorpion Tail Jr. element and change direction. With reduced speed we now travel across the braking track and climb the exit of the loop for some meters. When entering the braking track for the third time, the train stops on the adjacent turntable. Back in position, the train enters the station and the ride comes to a finish.

Fury is definitely a nice Gerstlauer Infinity Coaster. It fits well into the ride portfolio of Bobbejaanland and complements it. The ride itself is very family-friendly, although it features a rather intense loop at the end of the ride. The backwards option is well received and offers an exiting ride for the thrill seekers out there. For everybody else, the forward option is a permanently available one, which is a good thing for all those who are not sure (or willing) to ride a roller coaster backwards. Although Fury is not the most exiting coaster in Europe, it is a nice one to give it a try when nearby.

What is your opinion about the Gerstlauer Infinity Coaster Fury?  Just write it in the comment field below the report or visit our social media channels:

On Easter David and I went to the funny country of Belgium (Bobbejaanland) to test the novelty Dizz. As the experience always predict, new rides get fairly crowded within the first year of operation. Therefore, we headed straight to the new roller coaster. Unluckily, the ride itself would open sometime later. So we headed to (R)evolution for our first ride of the day.

Tour of the park

(R)evolution is the wet dream of all left-hand curve fetishists and of course many roller coaster fans. This Dutch-made masterpiece not only boasts the longest roller coaster train in the world, but also offers a special visual experience during the lift hill climb. In addition, the ride enjoys a certain cult which is of course absolutely justified.

Shortly after the ride, we queued up a few minutes before the opening at the roller coaster Dizz. It was not very long and a small crowd already formed right behind us. After a few test rides it was ready to go. The coaster has a clear potential, but it does not exploit it at the moment. Reducing the speed in the brake segments to nearly a standstill annoys tremendously and the takes away any pace. The spin during the ride is barely noticeable, as well as the theme of the ride. The queue line and the station are nicely done, the rest of the ride looks like it had to be placed somewhere.

After work, we dedicated ourselves to the pleasure of Bobbejaanland. Unfortunately, we got a bad day on El Rio as the inglorious wave after the whirlpool section of the ride, was not there anymore. Since we left the ride surprisingly dry, we now headed to the indoor log flume Indiana River.

We rode everything that came in our way, like the one-sided wild mouse Speedy Bob, which unfortunately was no longer wild – even the brakes were no longer as extreme as during my last visit in 2008 – , to the Desperado pedal monorail, to one of the most ingenious family roller coasters ever build: Oki Doki. Even the music express of the park did not remain untested, only the Vekoma Suspended Coaster had to wait a bit, after all, the waiting times for this ride was slightly too long for us.

Indiana River was able to live up to its reputation as a very, very, very wet log flume. The ride is just consistently soaking its passengers, even through the declines are not very steep nor high. The theme of the ride is also very impressive, especially when you consider the tight budget Bobbejaanland had back in the days.

In contrast to Indiana River there is the outdoor log flume of Bobbejaanland. The ride is very suitable for everybody, who wants to ride a water ride and get off the ride even drier than entering. The ride somehow interacts with the powered coaster Bob Express, which was somehow planlessly build onto the lake. The powered coaster offers a great ride with a small prise of airtime in the back of the train.

Don’t miss out the comfy chairs of the park’s 4D cinema. During this year they are showing a well animated movie with well used additional effects. The storyline of the movie is the only downfall of this overall great experience.

The big surprise of the day then hit us on Typhoon. I do not know what the Belgians did with this layout and how far Gerstlauer was involved, but the result is fantastic. The coaster now runs absolutely smooth, whether in the back or in the front row. It only jerks a little bit in the two helices at the end of the ride, but that’s negligible. The newly installed reduction brakes on the 97 ° drop are not noticeable and thus the valley and the loop are still a very intense experience – just as it should be.

Fly Away and Sledgehammer

Now to the small HUSS corner of Bobbejaanland, where the Fly Away – which is often referred by amusement park enthusiasts as a torture machine or a waffle iron – and the Giant Frisbee are located. The Fly Away is still just awesome and delivers a one of a kind flying sensation on the Enterprise style ride. The Giant Frisbee Sledgehammer on the other hand doesn’t hold up to the high ride standard of the Classic Frisbee. The ride is indeed a giant and therefore offers a fast paced ride cycle, which sadly isn’t as forceful as you would expect. Nevermind, it is a very thrilling ride for everybody who is afraid of heights.

Next to the roller coaster (R)evolution you can find one of the latest HUSS creations, the almighty King Kong. A ride that looks like a B-movie and rides like a bad docu-soap on TV. I don’t know what the Bremen-based manufacturer had thought about when engineering this ride, but it must have been something greater. The only highlight of the rather tame ride was a Dutch boy who complained about the bad breath of the giant monkey – one of the many special effects of this ride, which actually looks quite stunning from the outside, but reveals itself as a very family-friendly ride when riding.

Below the (R)evolution you can find the probably sickest of all Splash Battle ever built. As in the Lüneburg Heath you have to turn the effects on (instead of off) to get wet. In addition, the pumps on the Banana Battle have a very wide range which is why you can often reward the other passengers with the cool wet. In this Splash Battle you only need a single lap to get completely soaked and that’s a great achievement.

As the last ride in this park I would like to write about the Dream Catcher, who unfortunately belongs to a dying roller coaster type. Suspended Coasters are fantastic family coasters, although the Vekoma build ride can not convince me as much as the Arrow version from the Chessington World of Adventures nearby London. The theme of the ride is very nice and even features a water fountain which turns itself off when the train is approaching.

What is your opinion about the amusement park Bobbejaanland?  Just write it in the comment field below the report or visit our social media channels: