Gardaland located in Castelnuovo del Garda right next to Lake Garda is one of the largest theme parks in Italy. After a visit to the original Disneyland in Anaheim, businessman Livio Furini decided to create his own park. Gardaland opened in 1975 and was steadily growing ever since. Since 2006 the park is owned and operated by Merlin Entertainments.

Currently, Gardaland offers a total of eight roller coasters and a large number of stunning attractions and dark rides, i.e. the pirate ride I Corsari or the the drop tower Space Vertigo. The park is also known for its large number of shows. 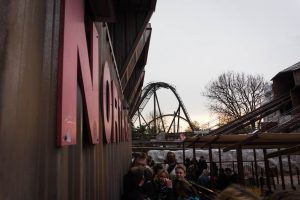 Fun Fact #1: The Wing Coaster Raptor was the first one of its kind.

Fun Fact #2: The decoration of the Family Coaster Ortobruco Tour was once part of the Gardaland Waterpark in Milan, which is now the Acquatica Park.

Fun Fact #3: The park is included in the German Merlin Jahreskarte, whereas in the English Merlin Annual Pass you can get a discount of 50% on entrance tickets. As allways, you can find many 2:1 vouchers on several products.

One of Europe’s best dark rides

The extended Mine Train adventure