Initially, I wanted to ride at least 1000 roller coasters before I ever visit the united states. I failed. A challenging goal – I know –, but a goal which actually can be reached without any major issues; you just have to visit a lot of countries and theme parks all over the world. The reason why I could not reach this target is rather simple: My company has sent me to the united states for training purposes, just two months after I started to work as a tyre development engineer.

During the training, I spent my time in Ohio learning quite a lot of stuff and spending my free time by visiting the nearby area. I went to Columbus for the Columbus Zoo and Aquarium, saw Andrew Lloyd Webber’s School of Rock at the fantastic theatre district Playhouse Square in Cleveland, visited the fun fair I-X Indoor Theme Park at the I-X Exposition Center, saw the Cleveland Chavaliers loosing against the San Antonio Spurs in a quite unambitious manner and lost some money by gambling in Jack Casino (the minimum stake is extremely high compared to the Spielbank in Hamburg -.-). It was a great time.

But after a month, I needed a holiday. Thanks to the German Easter Half term, I was able to arrange a tour without spending to many leave days. But, where should I go? Unluckily, nearly all theme parks in the region would open somewhen in May, so I had to go somewhere else. I did not want to go to the east coast, as I was already further west and the east is so much easier to reach from Europe than the rest of the county. Florida of course is a great option, but I did not have as many days necessary for a great Disney/Universal/Busch Gardens/SeaWorld vacation. California would have been possible, but California also proved to be rather expensive. At the end, I booked a flight to Dallas, Texas.

Maybe, I should have checked the opening times of the theme parks slightly more in-depth before I booked the flight. Due to the fact, that most of the parks down south are closed on Maudy Thursday, Easter Monday and generally on weekdays in April, I had to change my beautifully optimised road trip to a rather chaotic and ride intense one. Nevertheless, gas is cheap in America and this would not actually stop me of having a great time on my road trip from Texas back to Ohio.

So, join me if you want to discover some of the most amazing theme parks out there on a spontaneous trip of a life time, as I could not leave America without visiting any amusement park. 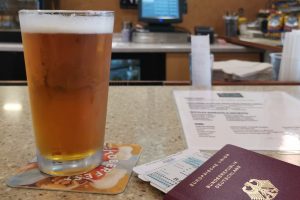 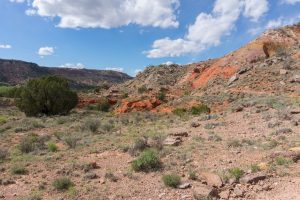 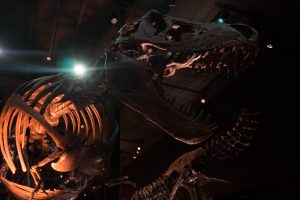