Skyline Park in Bad Wörishofen in Allgäu is one of the most interesting amusement parks in Germany. The Skyline Park was built in 1999 on the site of the former Freizeitpark Kirchdorf. At first some rides of the showman family Löwenthal completed the offer, before it was gradually expanded. Almost every year the amusement park seems to expand and just as often it stands out positively from the masses with new innovative rides.

Fun Fact #1: The Skyline Park is one of the few amusement parks where you can get shot into the sky in a bungee ball at no cost. Since the capacity is limited, a visit is worthwhile right at the start of your day.

Fun Fact #3: The park offers its guests a small swimming pool with slide. Especially during the hot summer days you shouldn’t forget your bathing suit. 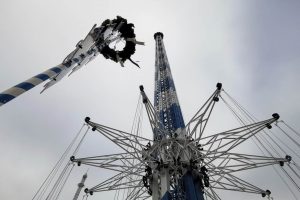