As already mentioned in the Space World report, getting to and from the theme park is very simple thanks to the JR station of the same name. As we left our luggage at the Comfort Hotel Kokura near the Kokura railway station in the city of Kitakyūshū, we first had to travel back a few stations before setting off in the direction of the city of Osaka. As comfortable as can hardly be, we then dashed on the Shinkansen to Shin-Osaka in just two hours. Once there, we could have taken the metro directly to Yodoyabashi station, but to save some money we first went to Osaka station to get on the same line.

From the station, it was only a short walk before we arrived at our hotel. The Daiwa Roynet Hotel Osaka Kitahama, which we booked for the next four nights, turned out to be a small and extremely inexpensive stroke of luck. We were warmly welcomed directly at reception and showered with all kinds of information and the hotel’s own coffee (which is also pretty damn good). The room itself was, by Japanese standards, very spacious and extremely comfortable. The breakfast buffet in the morning was extremely rich and both continental and Japanese. But the real highlight was the forced stop on the reception floor every time we used the lift and the staff bowed towards the lift. 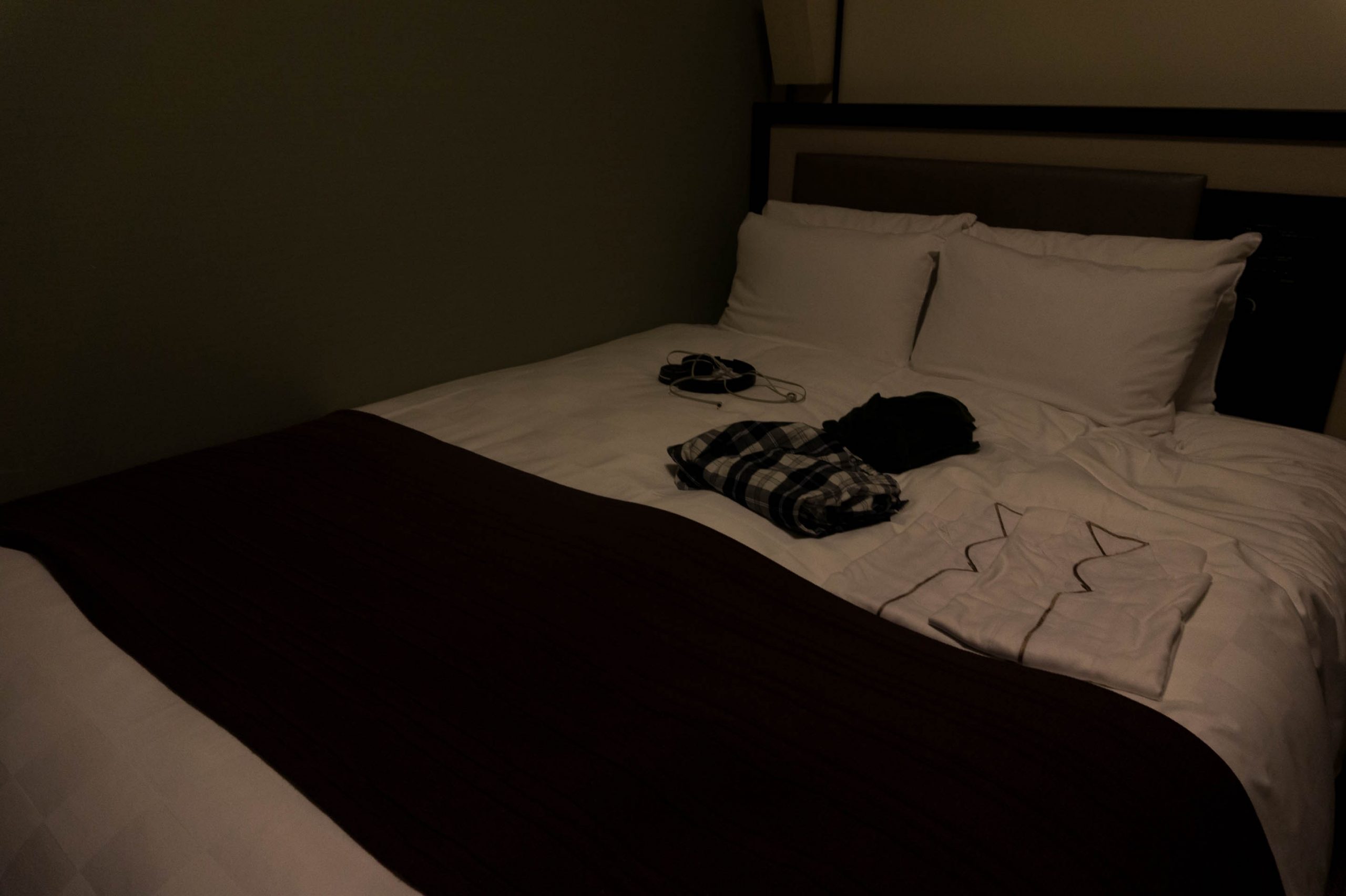 Our first encounter with the Daiwa Roynet Hotel Group was therefore extremely positive, which is why I will prefer them to all other (already known) hotel groups on my next holiday in Japan. The location here in Osaka was also extremely optimal for the coming days, as the train stations of the Keihan Line (a private railway, which is not covered by the JR Pass) and numerous metro stations were close by.