After visiting the amusement park Six Flags Fiesta Texas I went straight to the Hotel Ramada San Antonio Near SeaWorld, where I first went to the nearby Wendy’s for some dinner. Actually this was a premiere for me, because Wendy’s only existed once in Germany sometime in the 80s and therefore I had no contact to this burger chain until now. Even though it took some time until the staff noticed me, I was served quite fast. Back in the hotel I tried the burger and was quite satisfied, because it was quite different from the ones of the burger chains known in this country. 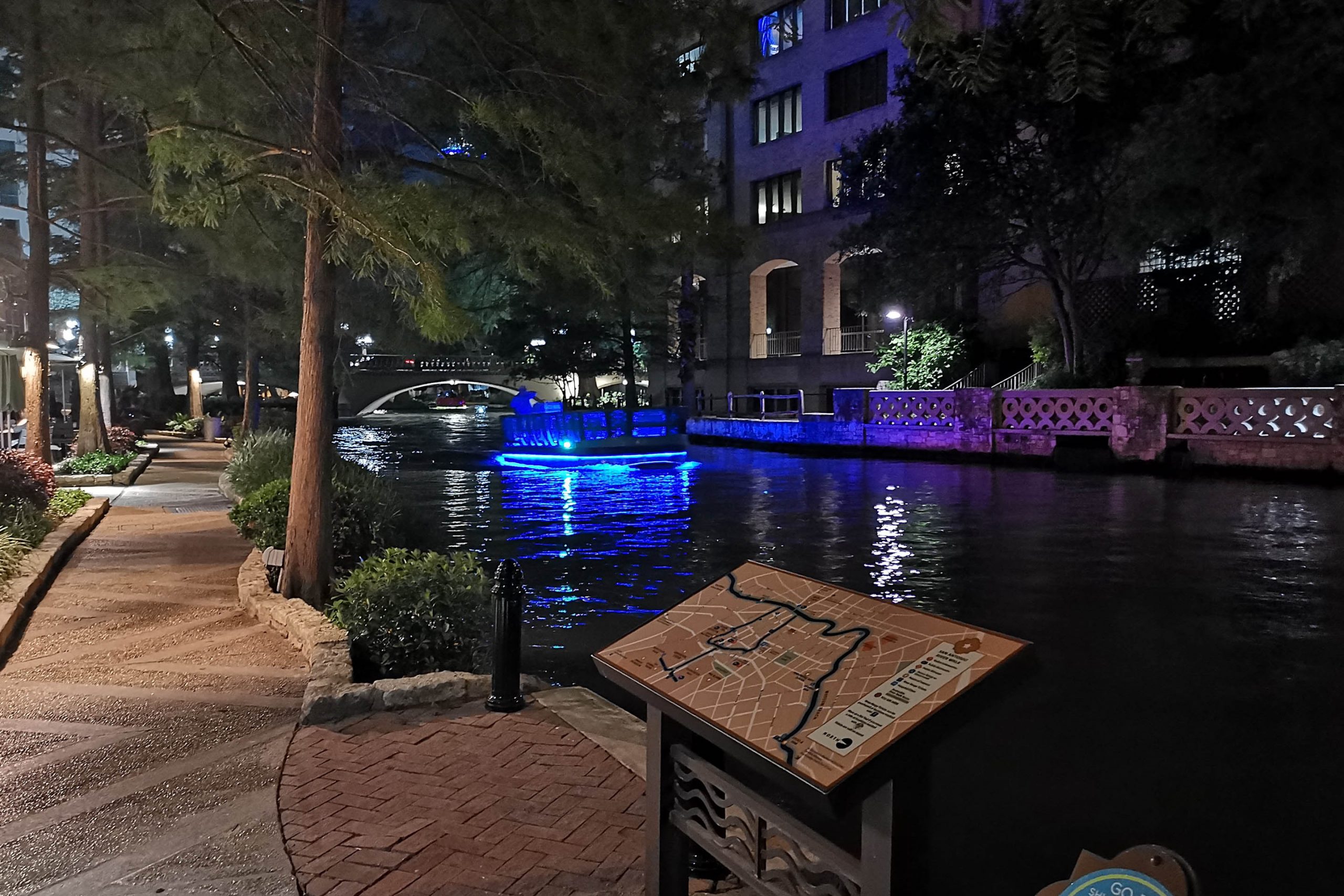 Well strengthened I went to downtown San Antonio, where I wanted to take a closer look at the River Walk. Closed streets and a general traffic chaos made the search for a parking place not very easy, so that I found a parking place near the Greyhound Station. On foot I walked over quite some parts of the river walk, stopping at places like San Fernando Cathedral.

Shortly after midnight we went back to the hotel, after all there were two or three parks on the next day’s program.