Alton Towers, located in the heart of the Midlands near Stoke-on-Trent in Staffordshire, is one of the largest theme parks in the UK and offers a wide range of family-friendly rides for all ages. However, the park cannot and should not be limited to these. The large gardens and not least the ruins of the towers provide the park with a unique backdrop that is unparalleled worldwide.

With a total of 10 roller coasters, many of which – as part of the Secret-Weapon program – were world premieres, the park actually offers everything that makes an enthusiast’s heart beat faster. Fun Fact #1: None of the attractions are allowed to be built higher than the treetops around them. For this reason, you fall into a 40m deep tunnel in Oblivion and make your way through a path blasted through stone in Nemesis.

Fun Fact #2: The Mad House Hex Legend of the Towers deals with the history of Chained Oak, which can still be admired today on the grounds of Chained Oak Farm directly opposite the theme park. 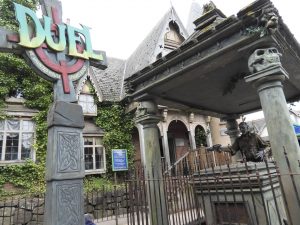 The flying coaster that used to be called Air 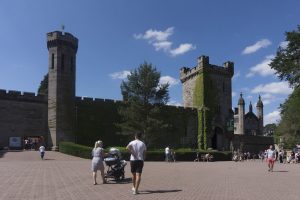 Hex the Legend of the Towers

or the legend of the Chained Oak Launch and turnarounds, what more do you need? 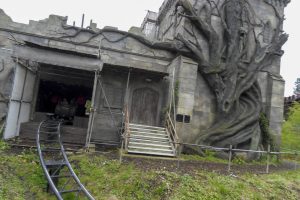 Free fall on the roller coaster 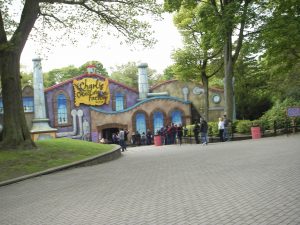 Charlie and the Chocolate Factory

Large dark ride with motion simulator at the end The story of Nemesis, told through an indoor free fall tower 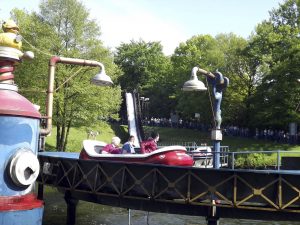