The Traumland auf der Bärenhöhle is a small fairy tale and amusement park above, and thus on, the Bärenhöhle near Sonnenbühl in the middle of the Swabian Alb near the capital of Baden-Württemberg, Stuttgart. It rounds off the offer around the Karls- and Bärenhöhle, which with 80.000 visitors per year is one of the most visited show caves in Germany.

In addition to the lovely fairytale pavilions right at the beginning of the circuit, the park offers a nice selection of family-friendly rides, so that a visit is really worthwhile, especially for families with small children.

Fun Fact: The Traumland auf der Bärenhöhle focuses on regionality like hardly any other amusement park. For example, sausages come from a nearby butcher one village further and not from the wholesale trade. 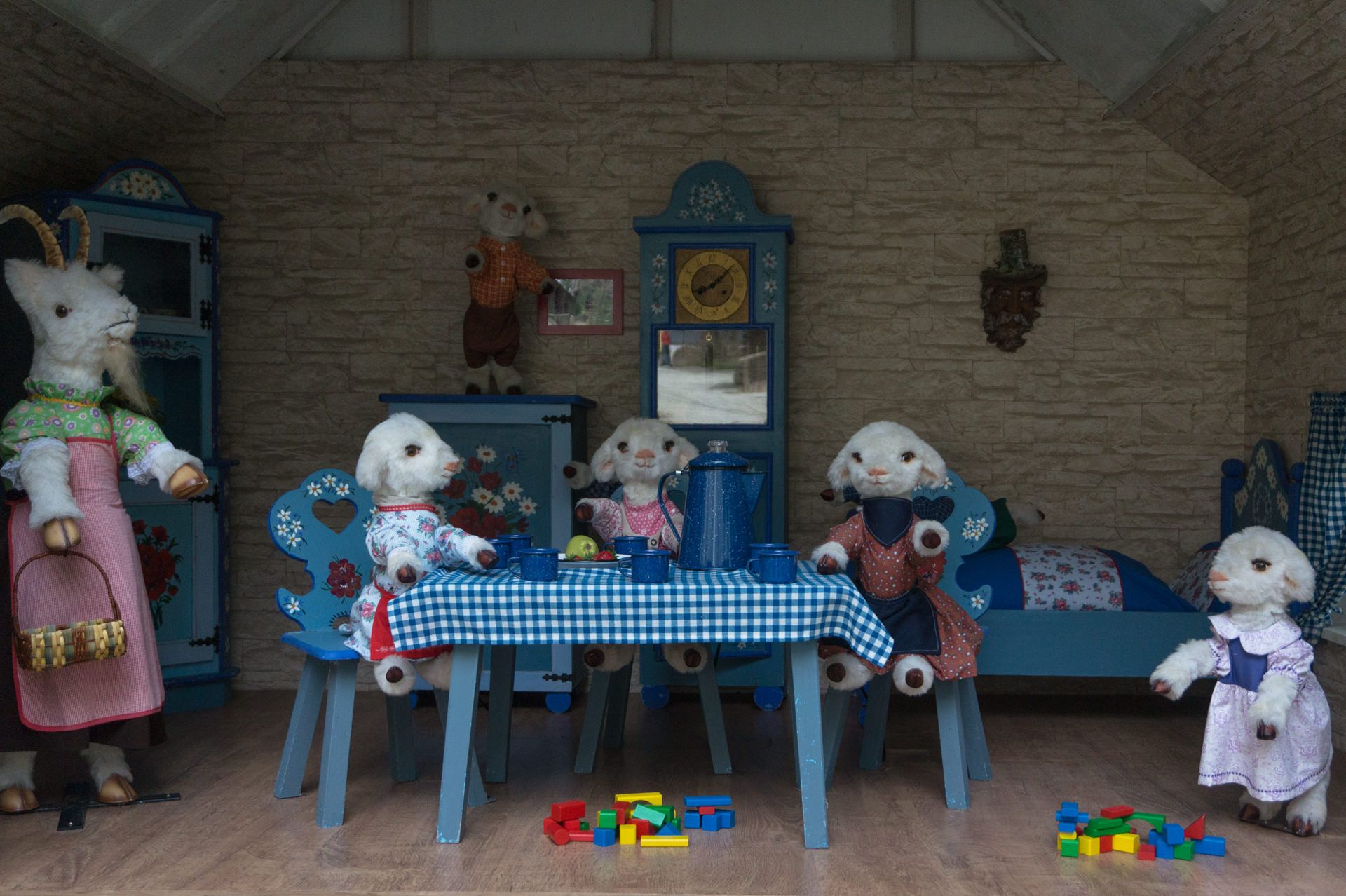 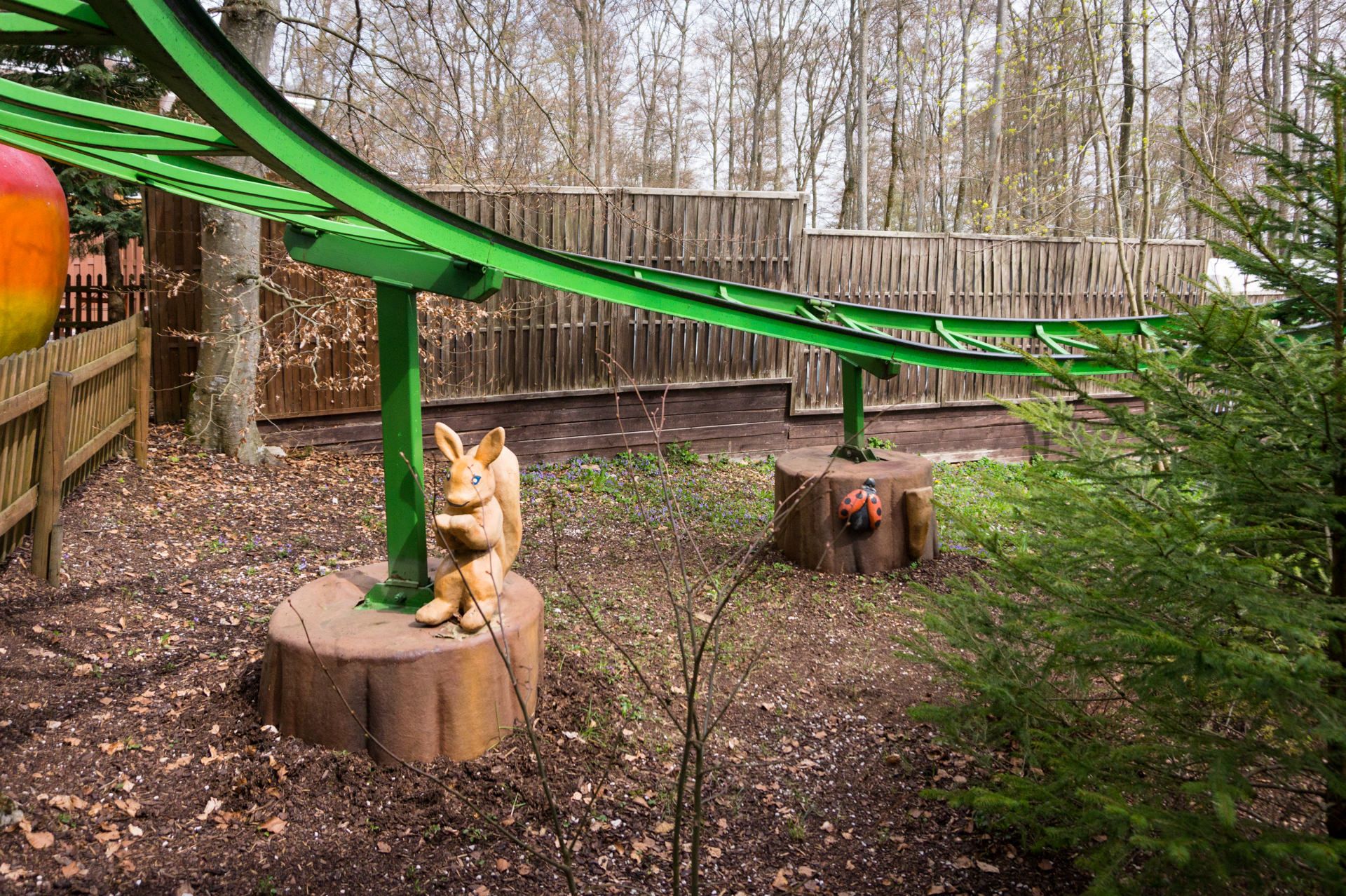 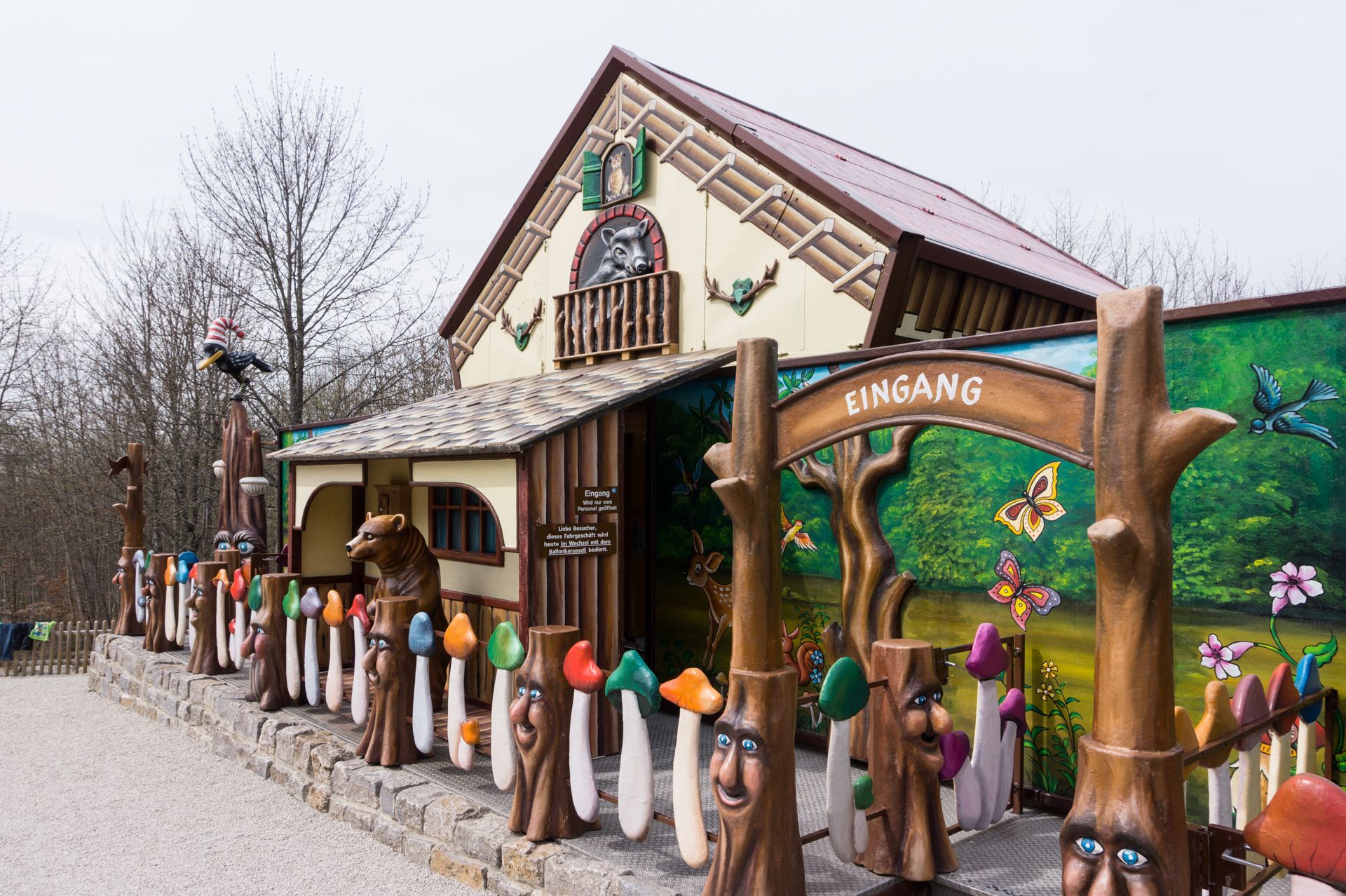 The Traumland auf der Bärenhöhle is a small fairy tale and amusement park above, and thus on, the Bärenhöhle near Sonnenbühl in the middle of the Swabian Alb. It rounds off the offer around the Karls- und Bärenhöhle, which with 80000 visitors per year is one of the most visited show caves in Germany. A playground with attached catering facilities as well as a small fairy tale train complete the offer around the amusement park and show cave.

After you have paid the fair entrance fee, the circular path leads you through the former entrance of the park, immediately into the fairytale forest. This is altogether very charmingly arranged and can captivate especially by its staging of the fairy tales “Snow White and the Seven Dwarfs”, as well as “The Wolf and the Seven Little Goats”; also nice is the integration of local and rather unknown fairy tales, as for example “The Seven Swabians”.

Through the Sleeping Beauty Castle you leave the fairytale forest and enter the amusement park part of the park where the rides are located. For the smaller guests up to 6 years of age, a ride on the small motorway is offered. However, also the older park guests who like to drive a car can enjoy a ride in a vintage car past the fairytales of 1001 nights in the Oldtimerfahrt.

However, you can ride the Nauta Bussink Ferris wheel, which with its height of 40m offers a wonderful view of the surrounding landscape. I found the automatic lowering of the barrier tape and the one-man operation of the ride interesting, who also took over the control of the park railway next door.

In the farthest corner of the park there is a roller coaster from Zierer, the Marienkäferbahn, on which the layout of the small Tivoli roller coasters, already designed for small children, has been reduced by about half its height. The ride goes round by round over a now quite flat oval with some smaller hills, which is especially beneficial for the smaller visitors of the park.

Past the caterpillar track the path leads to two larger rides. Next to the nicely designed Zierer Kontiki Steinschleuder, there is the family freefall Blumenturm, a Saltomatto from SBF Visa, which offered a ride program with lots of little hops.

Behind it, similar to the Freizeitpark Lochmühle, there is a circuit for ponies, where children can ride a horse guided by their parents. In contrast to the, unfortunately still existing, cruelty to animals at various fun fairs, among others this year’s Frühlingsfest in Stuttgart, the animals have a lot of space and act natural.

Along various barbecue areas, for which wood from the park itself is also available, the route takes you back to the front part of the park, where, in addition to the children’s carousel, you can find a real treasure. The Verrücktes Waldhaus is a former travelling, but fortunately redesigned, witches’ swing, which turns the inner life of a house upside down.  The design of the drum is, analogue to modern representatives of this kind, rich in details and beautifully done, actually only the mood-loaden soundtrack during the ride is missing.

Opposite it there is a wave slide, a chain flyer and the novelty from 2014. The Mini Flume Wildwasserbahn from the manufacturer abc Rides can only partly be blamed for its cute appearance, after all the ride on the log flume promises a racy ride including a double drop, but the bearish design characterises the ride without equal.

The Traumland auf der Bärenhöhle is a pleasant small family park with good attractions and a consistently nice and detailed design. The transparency of the park with regard to its suppliers, almost all of whom are regional, should be noted particularly positively. Somehow it is nice to know that the distorted sausage was transported from a butcher one place further on and not from the neighbouring countries.

What is your opinion about the amusement park Traumland auf der Bärenhöhle?  Just write it in the comment field below the report or visit our social media channels: